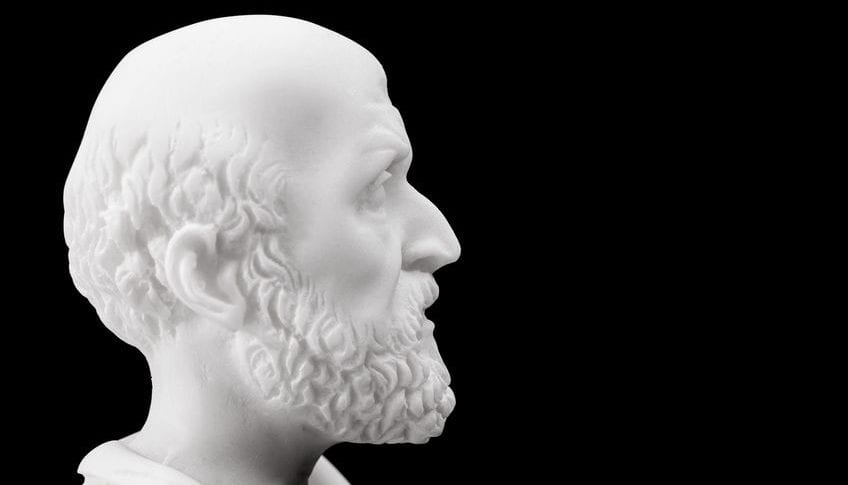 ATHENS, GREECE – The Archaeological Society of Athens has rocked the medical world after it has found overwhelming evidence suggesting that the Hippocratic Oath wasn’t written by Hippocrates at all, that it was copied and pasted from a contemporary’s work: Plato’s The Republic.

“We always thought that copy and paste or cut and paste was something associated only with the advent of electronic medical records in modern health care,” said chartologist Dr. Damien Hammock.  “But then we uncovered a lost chapter of The Republic, which, lo and behold, looks strikingly similar to the Hippocratic Oath.  Our scholars are convinced that Plato’s Republic preceded Hippocrates’ Oath. I’ll be damned, I thought, I’ll be damned.”

Plato was an ancient Greek philosopher, who alongside Socrates and Aristotle, created the foundation upon which Western thinking, mathematics, and science was built.  He was already one of the most influential writers in history before this discovery.  Now it turns out it is Plato’s Oath after all, not Hippocrates’.  A Platonic Oath, not a Hippocratic one.  Hippocrates simply stole it.

“So much for being the Father of Medicine, you’d think he would have been smart enough to change at least a few words or phrases or something and make it his own,” said hospitalist James Modric, who repeatedly hits Ctrl + C followed by Ctrl + V on the keyboard without making any additional edits.  “Turns out he is the Father of Copy & Paste.”

That is not necessarily a bad thing, says Hammock, that Hippocrates basically created modern charting and documentation.  That’s an impressive feat taking into consideration that he died thousands of years ago.

“I never would’ve guessed Hippocrates was behind note bloat and perhaps even ICD-10,” said Hammock, still somewhat in disbelief.  “Maybe that’s the real reason Socrates drank all that hemlock: he couldn’t bear the thought of all that charting.”