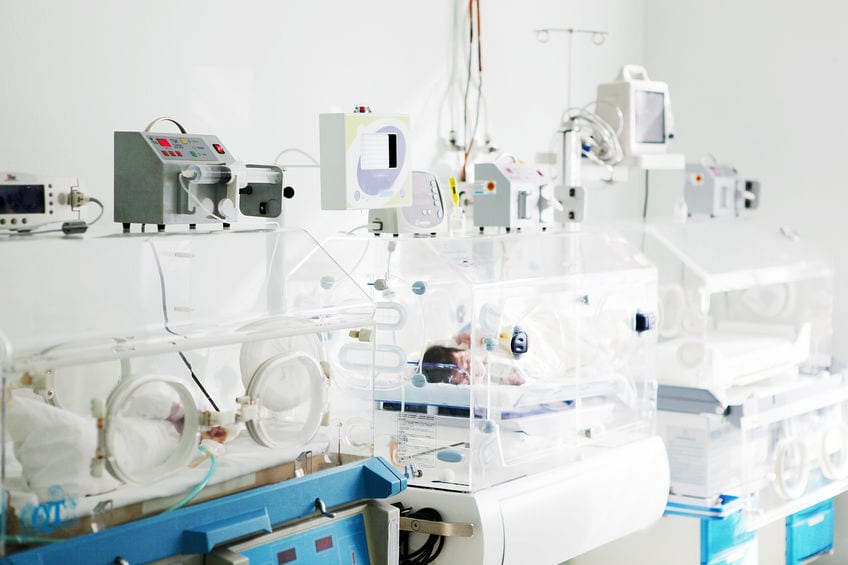 ATLANTA, GA – The Newborn Nursery at Swedish Covenant Hospital has seen a dramatic increase in their patient capacity after hiring a former Tetris champion to maximize placement of babies. Stephen Glasgow, who from 1991 to 1993 held the world title of Tetris Grand Master, is now a consultant specializing in space-saving designs.

“When I arrived here, I immediately noticed an ineffective placement of cribs in the nursery,” stated Mr. Glasgow. “As the nurses would bring the babies in, they would just move them left and right without any forethought and eventually the whole room was full of babies scattered everywhere. “I showed them how by spinning the cribs in various directions you could cram the babies into previously unreachable spaces.”

In addition to staff and administrator satisfaction, parents are overjoyed with the arrangement. New parent, Brad Donaldson gushed, “It’s hilarious standing at the nursery viewing window and seeing all these crying baby cribs spinning around! Plus, the overhead speakers play this sweet Russian music which speeds up when the nursery starts filling up. Awesome!”