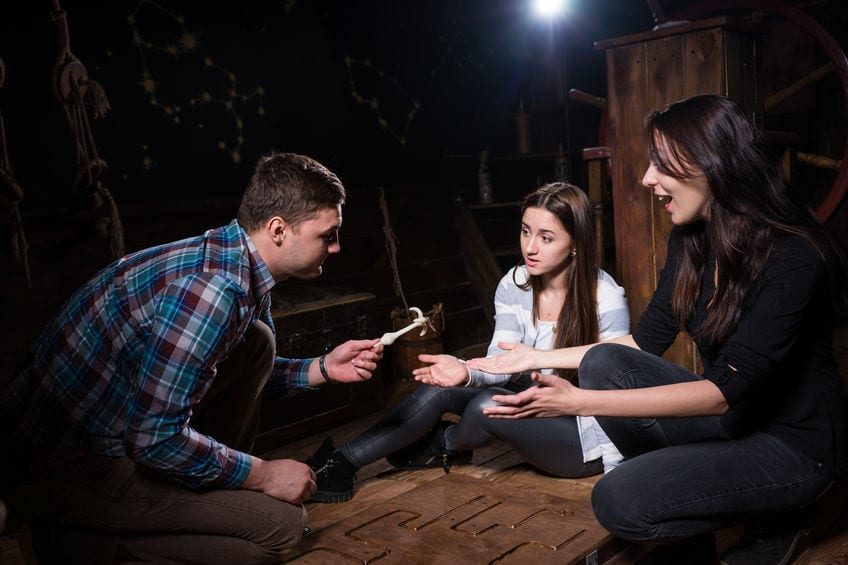 SPRINGFIELD, NJ—One of the most popular new forms of entertainment may be coming to a hospital near you. In an effort to make more money, struggling hospitals are converting their idle operating rooms into escape rooms on the weekend.

“It makes perfect sense,” said an excited Richard Branchman, CEO of Springfield General Hospital. “We recognized that on weekends, there are hardly any surgeries taking place so most of the ORs sit empty. Why not use them to make some much needed dough?”

Charlotte Russo, a Springfield citizen, recently tried out the hospital-based escape room. “It was so exciting. They locked my friends and I in the OR, and we just went crazy in there, tossing everything around, running our sweaty hands over everything and breaking things as we tried to find clues on how to escape.”

Naturally, the theme of the escape room is a hospital operating room. They even present a cadaver on the operating table and game participants are instructed to dissect the body using scalpels and other surgical tools. Important clues are hidden within the cadaver. “After drilling through the skull, I found a puzzle clue attached to the cerebrum,” said Ms. Russo. “It was a real brainteaser!”

Another clue is hidden within the locked medicine cabinets and game players must crack the code to get into the cabinets and retrieve the clue. Ms. Russo explained that “we just had no idea what the code was to unlock the cabinets. So my friend took one of the OR computer monitors and launched it at the cabinet, shattering the glass door. My leg got cut real bad and blood splattered everywhere, but at least we got the clue!”

Despite thoroughly enjoying the experience, Charlotte’s group was unable to escape within the allotted time. “Oh man, it was so stressful towards the end. I threw up all over the room out of anxiety. It also didn’t help that my friend had the flu and couldn’t think straight through her sneezing attacks and hacking coughs. But we just can’t wait to try it again next weekend.”

In an unrelated story, a recent internal hospital study revealed an alarming increase in post-op infections and deaths, which have led to numerous lawsuits against Springfield General. To help pay for the lawsuits, hospital executives plan to expand the Escape Room games into patient rooms (can you escape before catching c diff?), and autopsies of the deceased surgical patients will now be incorporated into the game and performed by the contestants.