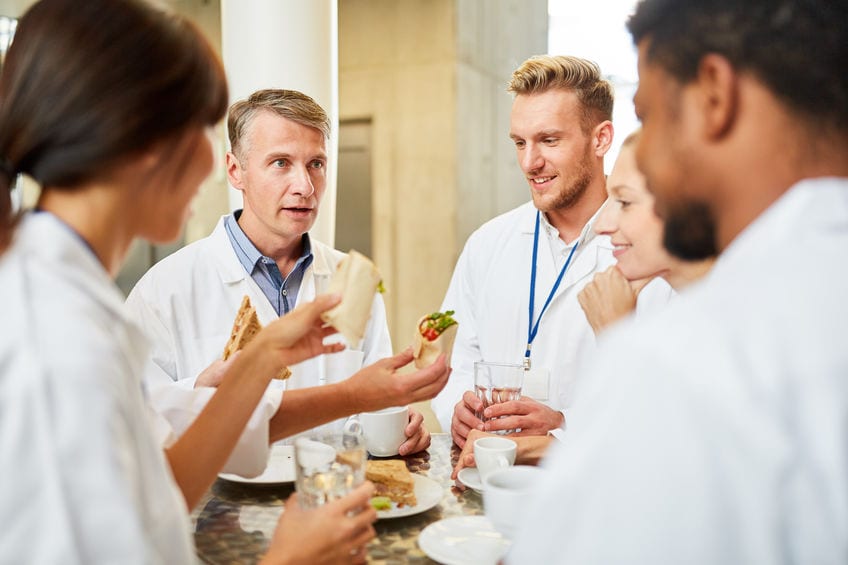 DETROIT, MI—The Michelin Guide, the prestigious restaurant ratings book, awarded 3 stars—its highest honor—to only 133 eateries worldwide in its latest edition. But today a 134th one, accidentally left out of the publication, was named, and it was a bombshell: the cafeteria located inside Michigan Medical Center (MMC).

“This must be a joke,” said MMC patient, Mitt Chellan, as he spit out a bone from the green slop on his plate. “This food is nasty! I ordered this from the vegan menu—why would a vegan dish have a bone? Ugh, I’ve been eating this crap for a week. It gave me explosive diarrhea—and that’s on top of the c diff-associated diarrhea that I was admitted for.”

“Oh hell no!” said hospital nutritionist Mitch Ellin. “The cafeteria food is revolting. And that’s coming from a hospital-employed dietitian. Are you sure it didn’t get -3 stars?”

“It’s nice to be recognized,” said head chef Michelle Lin, whose menu was heavily influenced by the “food” she used to serve at a prison cafeteria, “but this has to be a mistake. We had about 50 health code violations last month alone. I wouldn’t even eat this food.”

But Michelin Guide editors insist this is no practical joke. “All of our experienced inspectors gave the cafeteria exceptionally high marks in all 5 criteria we assess,” said the head editor. “That includes mastery of flavor, quality of food and consistency between visits.”

“Uh, sure, I agree,” said Lin, “if, by that, they mean mastery of no flavor, highest quality rat food and consistently rotten food.”

Conspiracy theorists allege some underhanded business must have taken place between the tire company and the hospital. Their claims are not without merit: keen observers have noticed that hospital stretchers were suddenly sporting oversized Michelin tires and that a new sign was placed out front welcoming people to the “Michelin Medical Center”.

Meanwhile, chefs at the other 133 triple-starred establishments were none too pleased to have their esteemed restaurants associated with a lowly, dingy hospital cafeteria. With their noses in the air, these chefs called on Michelin to remove the unworthy cafeteria from its list. But in another stunning twist, the company removed the 133 complaining restaurants instead. And that is how a nondescript hospital canteen became known as the world’s greatest restaurant, an overnight sensation with current waiting lists of up to 12 months for a table.

We hear the bony vegan slop is a huge hit. “Bone” Appetit!