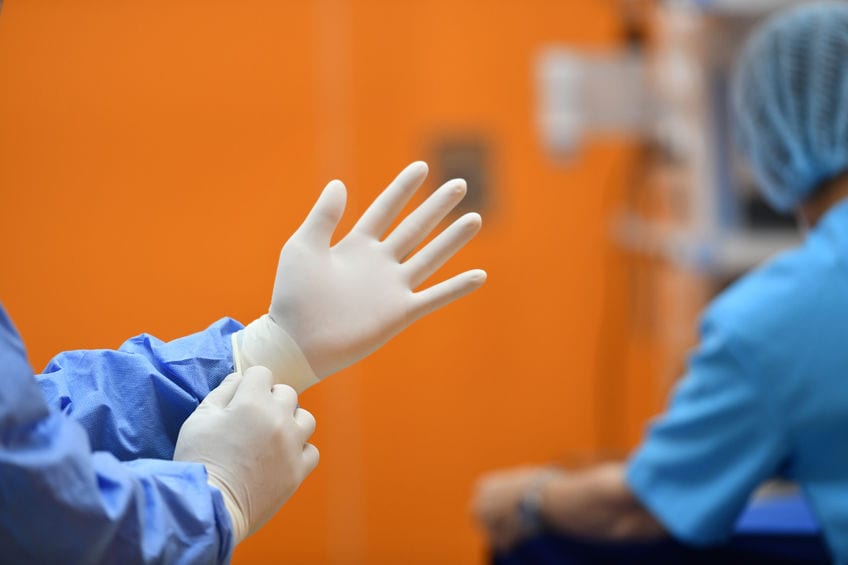 In an effort to diversify their market share, Trojan has unveiled a new line of “Bare Skin” surgical gloves aimed to maximize the surgeon’s comfort and operative satisfaction. The product has already been rolled out in select hospitals, and the soft launch has been a rousing success.

The idea was first brought to Trojan by Dr Tiger Letterman, a self-described surgery enthusiast who was displeased with standard forms of surgical protection. “I always feel that my operations are lacking a certain tactile stimulation” Dr Letterman would often say to anyone unfortunate enough to make eye contact with him during a case. Now, he describes himself as “chilled and thrilled” with the comfort of the new Bare Skin product. Tiger told reporters “though I would rather just work with my raw hands, if I am forced to wear gloves I would choose these every night of the week.”

A spokesman for Trojan’s surgical division was quick to point out that, while comfort is important, the main objective for their new line of gloves is the same as any personal protective equipment: to prevent the transmission of communicable diseases (which Trojan has termed Surgically Transmitted Infections, or STIs). And, as always, double gloving is probably the safest option, just to be sure.

Trojan also emphasized that their Bare Skin gloves will not be the dull blue or off-white gloves seen in most current ORs, and instead will come in a variety of bright neon colors and have an optional tutti-frutti flavor, if desired.

While the Bare Skin Glove is already off to a smashing start, the company is simply hoping that this product will be more successful than their disastrous Lubricated Surgical Glove campaign.