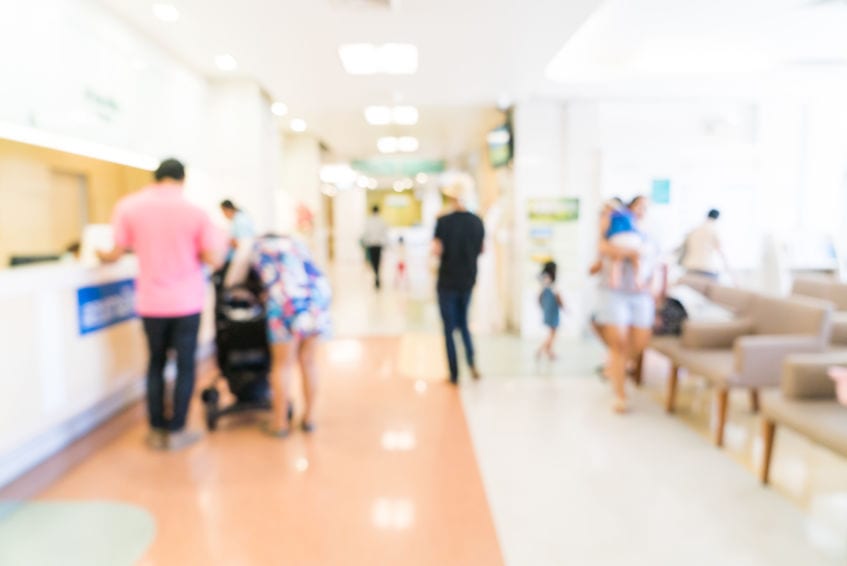 CHEVY CHASE, MD—Shameless. Ballsy. Chutzpah. These are some of the words being used to describe a family that had the audacity to sit in the “Well” section of a local pediatric office’s waiting room despite clearly being sick.

As several traumatized witnesses describe it, a mother barged into a Chevy Chase-based pediatrician’s office this morning with 2 incessantly coughing and sneezing toddlers in tow. Though these kids were covered head-to-toe in green, viscous snot and phlegm, the mother quickly surveyed the even ickier state of affairs over in the “Unwell” section and then defiantly directed her contaminated children towards the glistening, aseptic chairs in the “Well” section.

The daring mother, fully aware she was committing a crime of epic proportions, hastily sat down and stared straight ahead pretending to read the “Patient Bill of Rights” poster on the wall and refusing to make eye contact with any of the other parents in the room.

Well, let’s just say the well occupants (the Wells) of the well section did not take it very well. At first, they resorted to simple tactics like evil death stares and passive-aggressive comments to make it clear to the infectious intruders that they were unwelcome.

When that didn’t work, the Wells sprang into action: One father frantically sprayed air freshener every time the sick kids coughed or sneezed. One mother slathered an entire Costco-size bottle of antibacterial gel all over her baby. Another pulled her son in close, protectively hugging him in her bosom to shield him from the germs; after all, she wouldn’t want her 12-year-old to catch anything during his annual checkup.

But still the fearless woman wouldn’t take a hint, and she and her tainted toddlers remained perched in their well seats. This meant war—a battle of wills (or “Wells”, if you will). The Wells banded together, put all their well children in Level A Hazmat suits—yes, they all carried Hazmat suits in their bags, because of course—and then they called the police.

Within minutes, dozens of cops, SWAT team members, FBI agents, Navy SEALs and CDC bioterrorism experts descended onto the scene. But despite the impressive display of force, the intrepid woman continued staring straight ahead, now seemingly engrossed in a HIPAA placard on the wall. The agents finally just shrugged their shoulders and left.

Desperate, one courageous well mother then tried something unconventional. She marched over to the woman and politely asked, “Can you please move over to the Unwell section?”

“Sure,” said the woman, “no problem at all.” She then gathered her snotty kids and together, they stepped over a line of red tape on the floor that separated the Well and Unwell sections and sat down one seat over from their old one. With a collective sigh of relief, the Wells finally relaxed, knowing they were safe at last, protected from the germs by an impenetrable line of tape.