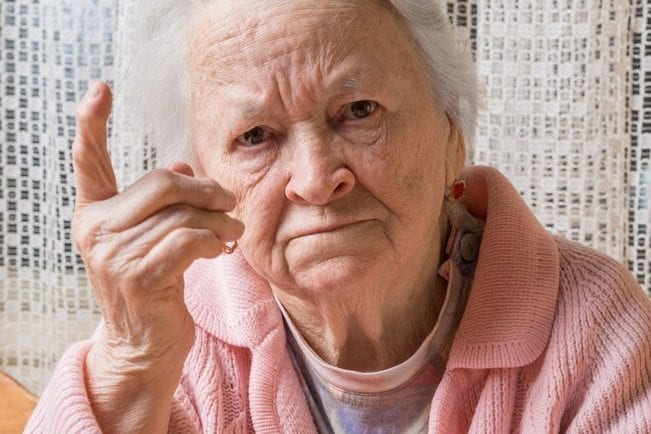 CENTENNIAL, CO—Yesterday, a 1200-month-old newborn, Sandy Genarian, was finally discharged from the Neonatal Intensive Care Unit of Centennial Medical Center, where he has been hospitalized for the last century. Successfully weaned off the ventilator, Baby Sandy, who turned 100 last week, took his very first unassisted breath, leading the delighted medical staff to break out into thunderous applause.

Medical records from 1920 are unsurprisingly sparse, so no one at the hospital can say for sure what prompted Mr. Genarian’s prolonged NICU stay. The most commonly given answer is that after an initially complicated perinatal period, medical staff simply forgot about him.

“It was 1920,” said hospital CEO Len O’Stey, “and we didn’t have the support staff or advanced technologies that we have now, so it was probably really easy to lose track of patients. Then things happened—an economic depression, a few wars, the Sixties—and it’s easy to see how Baby Sandy could have been forgotten. Good thing we had machines to keep him alive all these years…even though he’s totally killing our length of stay numbers.”

Even current health care providers were oblivious to him. “I didn’t even realize he was a patient until a few weeks ago,” said Pediatrics resident, Dr. Bill Hind. “I just thought he was some old creep who liked hanging out in the NICU despite not having any of his own children here.”

Regardless of his past invisibility, Mr. Genarian recently became a local celebrity. NICU staff threw a festive going-away party for him, where he experienced his first taste of chocolate, smoked his first cigar, sipped his first cocktail, and even took his first steps!

However, the mood was dampened by the failure of his parents to show up. Despite the tireless efforts of the hospital’s social workers, countless attempts to reach his parents have disappointingly gone unanswered. “I would say it’s infuriating how his parents have all but forgotten him,” said social worker, Kay Smanger, “but honestly, it really just makes me sad. How can parents abandon their precious baby like that?”

Senior staff say that his parents used to visit regularly, but neither has had the decency to show up in almost 30 years. However, the man of the hour vowed not to let them ruin his special night. “Whatever,” said Baby Sandy, in his first words ever, “they’re dead to me now.”

UPDATE: GomerBlog received the following email from a reader regarding the above entry: “Dear GB, How could Baby Sandy have been on a ventilator in the NICU for a hundred years when neither mechanical ventilators nor NICUs existed 100 years ago?”

Our Response: While we completely stand by our reporting, you do correctly point out a few minor inaccuracies. We have no idea how this could’ve slipped past our prestigious team of fact checkers. Someone is SO getting fired for this…