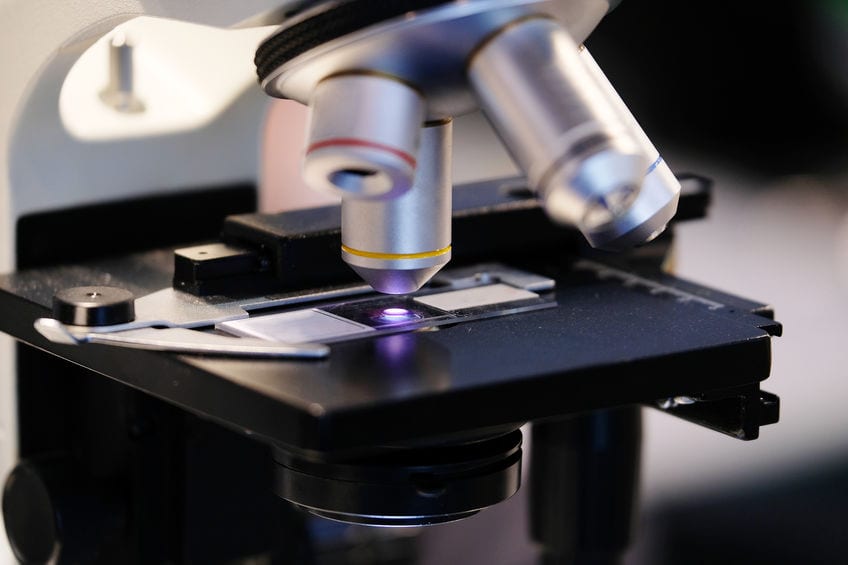 ATLANTA, GA—Staring for hours at the 500,000x-magnified image of the novel coronavirus under his electron microscope, Dr. Henry Thomson of the CDC just could not believe his startling discovery: Imprinted at the base of one of the coronavirus’ crownlike spikes were the words “Made in China!” This shocking finding is being taken as definitive proof that the devastating virus originated in a Chinese lab.

“I told you so!” shouted a gleeful Alex Jones of InfoWars, who for the first time ever may have had a conspiracy theory proven correct*. But instead of taking the win gracefully, Mr. Jones unfortunately kept on talking: “You wanna know why kids are barely affected by this virus? It’s because the Chinese don’t want to kill our kids. No, they’re planning something way more sinister than death for them. My sources tell me that they loaded up this virus with Communist genes, which are being inserted into our kids’ genomes when they get infected. These viral genes then lay dormant for years, causing no symptoms, until these kids become adults. That’s when those genes will suddenly reactivate and—BAM!—our kids will turn into Commies!”

Despite the paranoid tirades of crazy conspiracists, the US government is urging Americans to remain calm. “This is actually great news,” said the CDC in a press release. “Now that we know the virus was made in China, we can expect it to break down in a few months.”

The Chinese government, however, is denying any involvement, arguing that there’s a perfectly plausible explanation for the “Made in China” stamp. “It must have occurred naturally,” said a confident President Xi Jinping. “After all, if we really made this virus, wouldn’t we have written those words in Chinese?”

Meanwhile, the World Bat Organization released a statement on behalf of bats, the much-maligned flying mammal that was previously accused of being the origin of the coronavirus. “We expect a prompt apology, and if we don’t get one, we’re gonna invade everyone’s attics and poop everywhere! Then you’ll all be as bats**t crazy as Alex Jones.”

At press time, Dr. Thomson was busily checking the thousands of other viruses stored in his lab and was stunned to discover that they all had “Made in China” imprinted on them. “Holy crap,” he said, “everything really is made in China!”

Either that or maybe it was his glass slides that were made in China?