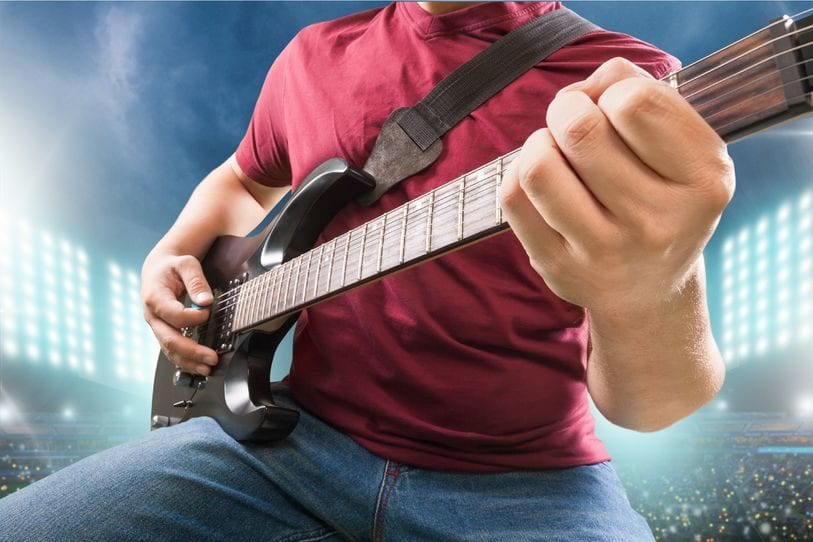 Everyone has that one song that fits them perfectly. Doctors are no different, we’ve compiled the definitive list of songs that best represent some of the various specialties. If we didn’t cover your specialty here, please comment on our facebook page with what song you think best fits your specialty and why!

Anesthesia: “Life’s A Gas” The Ramones

The perfect song for the gas passers from the album ¡Adios Amigos!

There are several songs about allergies including the Paul Simon classic by the same name from 1983 and the 2019 song “Allergic” by Post Malone. However, this BNL song hits so many high points, “Allergic to smoke, It makes me choke. Allergic to shrimp, I’ll blow up like a blimp”. Not many songs cover IgE mediated reactions.

Cardiology: “Kickstart My Heart” by Mötley Crüe. Nothing screams I need a cardiologist like Nikki Sixx’s history of heroin addiction and a song inspired by his actual cardiac arrest!

Dermatology: “Skin Deep” by Melissa Ethridge. With repeating lyrics like “My love is only skin deep,” this song sums up dermatology perfectly from their love of skin to their inability to have anything more than a superficial relationship.

Emergency Med: “Urgent” by Foreigner. No other song describes life in the ER like a song that says “Urgent, oh so urgent just wait and see.” The urgency is always right around the corner but so is a 4 hour wait to be seen!

ENT: “Let Me Clear My Throat” by DJ Kool. We considered “Do Your Ears Hang Low” but couldn’t get past the wobbling both to and fro.

Family Practice: “Little Bit of Everything” by Keith Urban. This song just gets our FP

colleagues, Urban croons “A little bit of everything under the sun so, when I kick back basking in it I’ll be OK with what I’ve done Still having fun.” Little Bit of Everything

Gastroenterology: “Everbody Poops” by Koo Koo Kanga Roo. With such lyrics as “everybody poops eventually, it might be stuck constipation fiber’s the trick to making it slick” how can a Gastroenterologist not live this song?? I’m 65% certain that they play it for every single constipated patient they ever see. Everybody Poops

General Surgery: We thought about “Like a Surgeon” by Weird Al, but that’s way too obvious. The actual theme song of General Surgeons is “Cuts Like a Knife” by Canadian legend Bryan Adams. General surgery residency truly does “cut like a knife, but it feels so right” to the masochists who chose this specialty.

Heme/Onc: Bleeding Out by Linkin Park was an early front runner before being edged out by the Leona Lewis classic “Bleeding Love.” Hematologists make sure we can “keep bleeding, keep keep bleeding in love” Bleeding Love

Infectious Disease: There are countless songs about STDs like “Black Betty” by Ram Jam (congenital syphillis, listen to it and you’ll see) but that’s seems too passé so instead we’ve gone with the Eminem classic “‘Till I Collapse.” An off the beaten path choice to be sure, but Slim Shady was trying to teach us all to be good stewards of antibiotics when he taught us “penicillin could not get the illin’ to stop, Amoxacillin is just not real enough!” ‘Till I Collapse

Internal Medicine: “Who Wants to Live Forever” by Queen. A song that asks“Who wants to live forever? There’s no chance for us. It’s all decided for us” perfectly encapsulating the eternal struggle between internists and morticians. Why let someone pass on when you can milk out 11 months of weekly visits and monthly admissions in the name of increased life expectancy! Who Wants to Live Forever

Neurology: The Simple Minds classic “Don’t You Forget About Me” was actually written by a neurologist to their patient suffering from dementia, this is a little known and possibly true fact! The appearance of this 1985 jam during the credits of The Breakfast Club is entirely coincidental. After all, it asks the demented patient “Will you recognize me?

Call my name or walk on by” clearly initiating a mini mental status exam every time they hear the song! Don’t You

Neurosurgery: “Crash Course in Brain Surgery” by Metallica new all know Neurosurgeons have the longest residencies of any specialty, you don’t want someone with a degree from an online diploma mill and 500 hours of clinical training operating on your brain, or even treating your UTI for that matter. We know they don’t take crash courses in anything but this title alone is too damn awesome to pass up! Crash Course in Brain Surgery

Nurse Practitioners: What song perfectly sums up a group lobbying to do what Family Practice physicians do with 5% of the training? Has to be the Carly Simon song “You’re so Vain”, they probably think this list is about them. You’re So Vain

OB/Gyn: “Baby Baby” by Amy Grant. Clearly an OB wrote the lyrics “Baby, baby, No muscle man could sever…” after watching a new dad fumbling while trying to cut the umbilical cord!

Ophthalmology: Peter Gabriel was unleashing his fantasies of being an ophthalmologist when he sang “In Your Eyes.” With lines like “In your eyes, The light the heat, In your eyes, I am complete” Gabriel’s dreams of operating in the vitreous were plainly there for all the world to see!

Orthopaedics: It’s incredibly obvious, but “Them Bones” by Alice In Chains is the choice here. Every orthopaedic surgeon dreams that every day is “gonna end up a big ole pile of them bones!”

Pathology: “Let the Bodies Hit the Floor” by Drowning Pool doesn’t summarize pathologists so much as it summarizes the impetus for a lot of their work. It’s really hard to do an autopsy until the body hits the floor! Bodies

Physician Assistants: “Helping Hands” by one of the greatest Hair bands ever, Quiet Riot. PAs and their helping hands assist physicians from clinics to operating rooms across the country making sure the medical team keeps rocking!

Plastic Surgery: The mavens of mammoplasty clearly appreciate Sir Mix-A-Lot’s “Baby Got Back” where it is fully acknowledged that “those silicone parts are made for toys!”

Psychiatry: “Insane in the Brain” by Cypress Hill. Obvious, not subtle at all, but neither are most psychiatrists. We also considered “Mother’s Little Helper” by The Rolling Stones but couldn’t convince ourselves not to hit this one right down the middle of the apparent fairway.

Insane in the Brain

Radiology: Radiologists the world over probably hum “The Sound of Silence” by Simon and Garfunkel walking into the reading room every single morning. “Hello darkness my old friend…”

The Sound of Silence

Urology: Monty Python wrote the anthem for pecker checkers with “The Penis Song.” I think we all can occasionally shout hooray for the old “one-eyes trouser snake!”