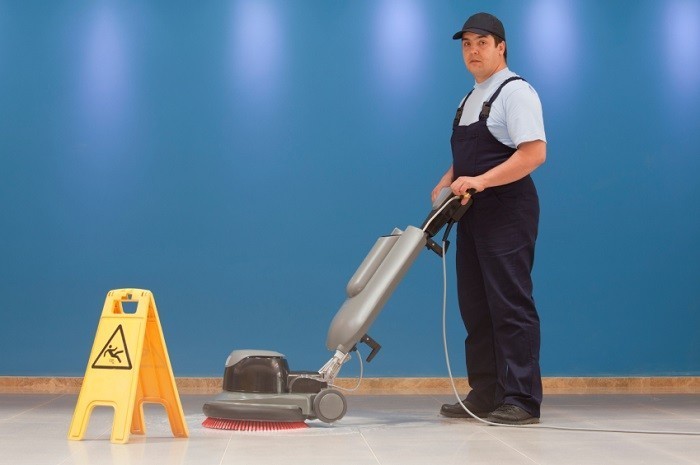 CLEVELAND, OH – GomerBlog reporters are able to confirm that custodial staff at Memorial Hospital do indeed intentionally buff floors and clean bathrooms at the most inopportune time.  Head custodial manager Wilson Mayers accidentally sent out a “Reply all” email to the entire hospital that was clearly only meant for a few select workers.

In that email, Mayers states, “The best times to buff the floors are when you see a large group of white coats moving in a formation.  I love irritating the s**t out of them.”

The email went on to say, “In regards to bathroom cleaning, we have observed the highest volume for bathroom use is around 7 AM, likely due to the nursing change of shift, since many nurses did not have time to go during their shift.   Let’s really get them good by closing the bathroom from 0630-0730 for cleaning.”

For obvious reasons, Mayer’s email has stirred up quite a hornet’s nest at Memorial Hospital.

“I knew there was a buffing conspiracy all along!” said Dr. Deidra Guthers.

“It was just too coincidental to start hearing the buffing right when we started rounding in the ICU.  I couldn’t even hear myself think, yet alone try to pay attention to the medical student’s rambling.”

Guthers describes postponing rounds for 2 hours last week and coincidentally the buffing also started 2 hours late.  “We usually have to politely tell the staff to buff later and go to a different area.  Usually they will go just far enough out of eyesight, but we still hear the obnoxious buffing sounds during rounds.”

Areas that are still carpeted, which can only keep a hospital clean and sterile, were also scheduled to be vacuumed when the white coat blob entered the hallway.  “Plans were in place to vacuum 10-15 yards behind the gaggle and move in the same direction at a similar pace,” a source close to the matter reported.

The email even went as further to mention, “Seek out sicker ICU patients and start buffing outside their room while nurses draw up and hang critical drips for maximal disruption and annoyance.”

An anonymous hospital custodial worker told GomerBlog, “My favorite part of the day was when a medical student from the white coat group would be sent over to tell me to stop buffing the floor.  I would usually respond with a smile and a head nod, pretending that I didn’t know English.  In my head I of course was saying, ‘Go f**k yourself!’”