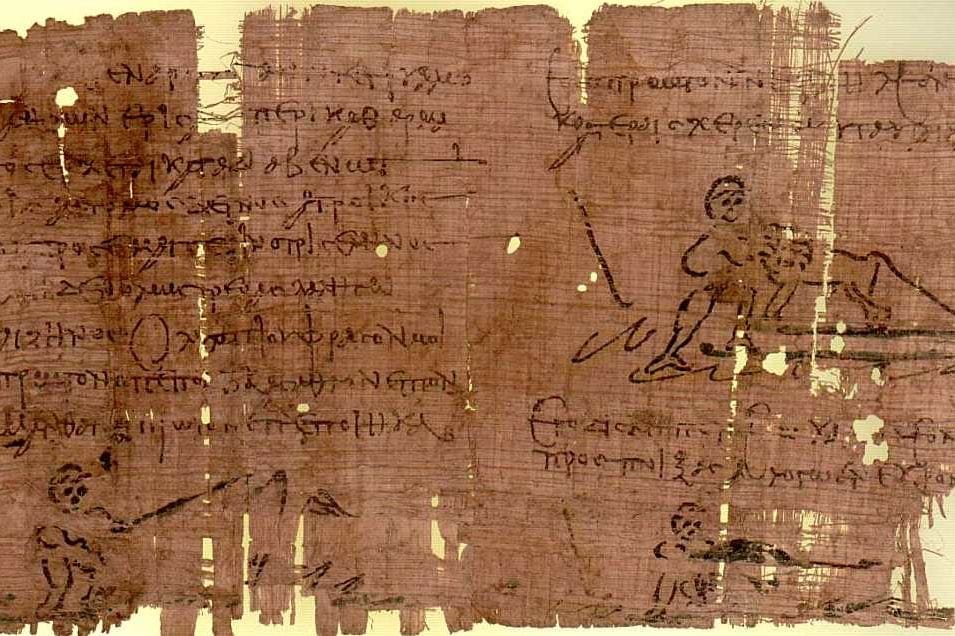 GREECE – Last week on the Greek island of Lesbos, a team of archaeologists unearthed a primitive disability papyrus signed by Hippocrates himself in 405 BC.  Many believe the papyrus to be the first recorded work note excuse on Earth.

The patient, an ancient Greek man named Clownocles, claimed a condition called “Backodynia Chronicus,” which evidently left him unable to work in his trained profession as a marble mason.  Historians believe he was working on the Arcopolis.

Hippocrates, the Father of Western Medicine, was the first physician of record to use a precursor to aspirin (salicylic acid tea) to treat fevers and pain.  Clownocles’ ancient records show a claimed allergy to all aspirin products.  He instead demanded exorbitant doses of a tea made from the poppy plant.

The papyrus contains hints that Hippocrates was even farther ahead of his time than previously thought.  He mentioned diagnoses like “bowelus irritablis” and “fatigueus chronicus” in Clownocles’ record.

The note was dated a day before the famous Panathenaea, an ancient festival consisting of much wine and food.