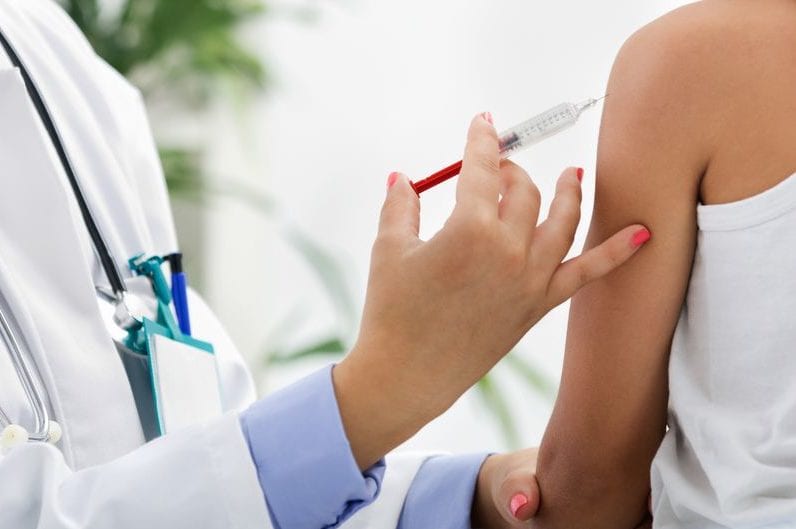 WASHINGTON, D.C. – In what is being hailed as a huge victory for the anti-vaccine movement, Big Pharma announced to the world today that they’ve been fooling everyone all along, that vaccines don’t work, and that they’ve secretly been trying to kill off a huge chunk of the global population by putting various toxins into all vaccines.

“The huge pressure from the highly organized anti-vaxxer movement has inevitably worn us down to the point where we just can’t hide it any longer,” announced Andrew Witty, the CEO of GlaxoSmithKline, which makes the diphtheria/tetanus/pertussis and hepatitis B vaccines.  Both of those vaccines cause rectal cancer, impotence, and leprosy, it was revealed. “We give up.  This whole time, we just wanted to knock off a few hundred million people so it wouldn’t be so crowded everywhere.  You got us.”

The gathering of Big Pharma CEO’s from Johnson & Johnson, Novartis, Roche, Eli Lilly, and Bayer then made a presentation entitled “You Wanted the Truth…,” in which it was revealed that global vaccinations against horrific and debilitating diseases such as polio and smallpox were a sham to try to make “a sh*t ton of money from all you suckers” while coming up with a way to offload “a bunch of aborted fetal parts, mutant human-rat cell lines, and formaldehyde we had laying around,” which were then ground up and blended into the vaccines.

“Even though we ended up making only $24 billion from vaccines in 2013, which was just 1.82% of the more than $1 trillion we made globally, that money really helped us put the finishing touches on all of our mansions,” revealed Novartis CEO Joseph Jimenez.  “I personally was able to make the final payment on my Manhattan penthouse pied-à-terre by systematically injecting innumerable helpless infants with manufactured poison.”

The companies reportedly had “a hell of a time” trying to cover-up concerns about autism, which they said “of course” is directly caused by not only the chicken pox vaccine but also the annual flu vaccine.

“Yeah, that whole autism thing was a close one,” said Marijn E Dekkers, Bayer CEO.  “But then we pulled that herd immunity BS out of our butts, and along with all those fabricated prospective, randomized trials in respected journals, we convinced almost everybody that vaccines were safe again.”

“Man, you idiots really drank that Kool-Aid.  Now you all have autism!  Chumps.”

According to the presentation, if it hadn’t been for the “barrage of well-reasoned logical arguments” and “relentless and diligent sleuthing” of Beverly Hills moms who filed “all those damn PBE’s [personal belief exemptions]” and never vaccinated their children, “we might have gotten away with this for a lot longer,” admitted Witty.

The CEO’s concluded the presentation with a promise of “even bigger news tomorrow” with a “special announcement” regarding the real purpose of antibiotics, insulin, and Tylenol.