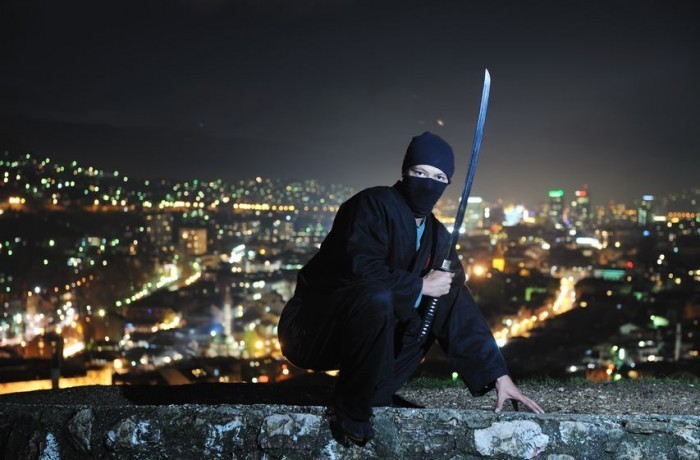 “The 7 Stages of Grief When Faced with an Admission” struck a chord with many of our admitting medical providers out there.  It is a new year and with a new year there are new ideas, and this year we hope to help our admitting providers cope with the stresses of admissions.  In this review, we delve further into one common but still underutilized coping mechanism: the art of disguise.

The most successful admitting providers are trained in the arts of ninjutsu and parkour.  They bring a patient in without ever being seen or heard in the emergency room.  They always choose the path of least resistance.  They know the quickest route between an ER entrance and a patient room, even if it requires dive rolls, wall flips, or crawling through air ducts.  They also provide crucial intelligence for other admitting providers: “Johnson is working tonight; he’s a sieve.”

“If you walk into the ER with scrubs, a white coat, or a stethoscope, you’re a sitting duck,” explains Ball in a low whisper.  “You’ll be finished just like that.”  She snaps her fingers.  Today, Ball has chosen to dress like a patient’s family member.  She has skillfully concealed her pager, phone, and stethoscope in an over-sized purse.  She enters the ER, looking lost, and over-exaggerates a southern accent.  “Excuse me, y’all?  I’m a little lost.  I’m the third cousin removed of Mr. Jones, where might he be?  I’m so concerned about him!”  As Ball is led to see her patient, she looks back and winks.  Just like that.

The art of disguise is one of the most crucial disciplines in the art of medicine.

There are many effective disguises.  Some successfully utilized disguises include: hobo, janitor, dining service employee, security, first-year medical student, police officer, circus clown, ninja, taxi driver, lion tamer, mime, Charlie Brown, Optimus Prime, and even Darth Vader.  No matter what disguise you choose, the underlying principle remains the same: Don’t look like you might be admitting a patient and you’re as good as gold.

However, there are times when despite one’s best movements and disguises, an EM provider is astute enough to discern a potential admitting provider.  Short of neutralizing such a threat, it is best to have a backup plan to ensure a fighting chance of escaping the ER unscathed.

“If my life is in danger, I scream, ‘ABORT MISSION, ABORT, ABORT!’ and use a flash bang to make a quick escape,” states covert admitting physician Jean Payne, who plans to cause a power outage in a few minutes and enter the ER with infrared goggles to locate his patients.  “I can’t tell you how many times I thought I was a goner.”  He starts to shed a few tears, his ER-induced post-traumatic stress disorder (ERI-PTSD) coming back in full force.  “But I’m alright… I’m alright.”

Now that we’ve explored the art of disguise, go stretch, find your best get-up or costume, and get ready to deceive your ER personnel.  This is your survival at stake!  Be safe, be nimble, and be smart!  NOW GO GET’EM!!!