ROME, GA – Doctors and hospital administrators are lauding what has been called a “breakthrough in succinctness,” as a patient discharged after six months in the hospital presented to his primary care provider with a three-sentence discharge summary in hand. 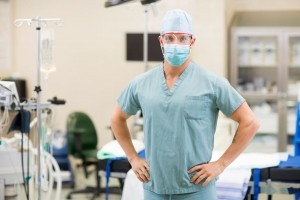 The attending physician for the medicine consult service, who wished to be identified only as “Dr. Mario” stated, “We tend to call complicated patients ‘train-wrecks.’  Mr. Poffbuilding was more than a train-wreck.  He was a train-wreck that had crashed into a nuclear waste dump during an earthquake caused by a volcanic eruption.”  Through much rehabilitation and extensive work by multiple services, Mr. Poffbuilding has been completely healed and is back to the way he was before his accident.

Narrating the hospital course for such a patient can be extremely difficult, Dr. Mario said.  “Dr. Caesar has really pulled off a feat,” he said.  “In three short sentences, he has told every future provider everything they need to know about what the team did for him.  I knew the creator of the no word SOAP note would pull off another victory!”

Dr. Mario’s sentiments have been echoed by others, including the Chief of the Division of Infectious Diseases at RUSH, who stated, “I’m so sick of discharge summaries that tell us what resistant organisms a patient grew and what antibiotics they were treated with.  All I need to know is that the patient was sick.  Dr. Caesar knows the true meaning of ‘summary.'”

A small group of dissenting physicians from the Bureau of Long-Ass Hospitalizations (BLAH) have stated that Dr. Caesar is setting a poor precedent by failing to include the minute details of Mr. Poffbuilding’s hospital course.  Dr. Marcus Brutus, a close friend of Dr. Caesar, tells GomerBlog that he privately warned him to, “Beware the Ides of March,” the date when the Joint Commission will be visiting RUSH.