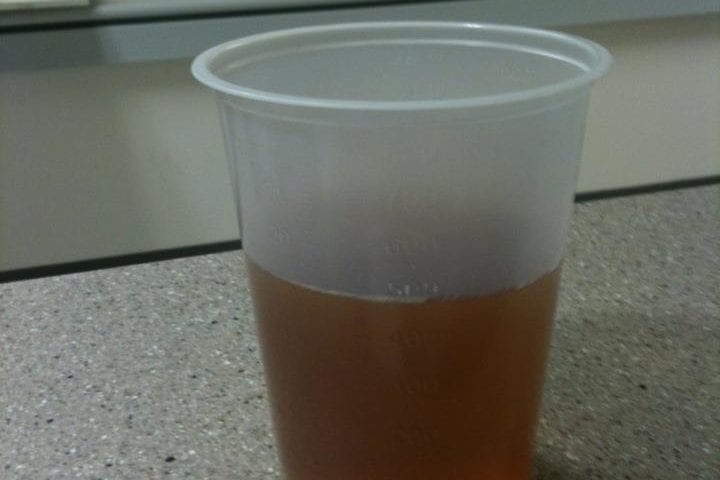 BOCA RATON, FL – The hospital staff at St. Maria-De-Madrigal-Del-Toro-Del-Mar Boca Ratón Community Hospital have spent the last four hours debating whether the unidentified liquid left in a cup at the central nursing station is urine-colored tea or tea-colored urine. 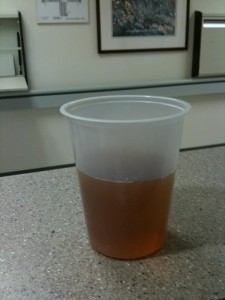 “I’ve cross-checked the liquid appearance with the urine in the Foley bags on this floor, and we’ve narrowed it down to 7 patients who have been pretty dry,” said staff Urologist Richard Kutt.  “Alternatively, this could be somebody’s tepid leftover tea.  Right now it’s a toss-up.”

The hospital administration, in an attempt to identify the fluid source and thereby isolate the culprit, offered a free official hospital pen to any staff member willing to taste-test the fluid.  “It’s critical for us to figure out whose paycheck to dock for this violation.  We have been on high alert since the incident at a sister hospital when an open soda can at the nursing station left several people dead,” emphasized hospital administrator Chlöe Less.  “We’re even offering a free lozenge chaser after the volunteer sips the liquid!”

Since this case was classified as “non-surgical” it was of course dumped on the hospitalist service with a STAT overhead page.

“I called Nephrology and he told me to spin the sample and check the electrolytes in the possible urine,” said the exasperated on-call hospitalist Dr. Sri-Sheshadariprativadibayankaram, MD, JD, MBA.  “But I was blocked from sending a sample to pathology since the specimen didn’t have a patient label.  I really don’t know what to do now.”

At press time, Dr. Sri-Sheshadariprativadibayankaram was strongly considering taking the taste test to avoid getting saddled with another cut in his salary.  “After all, I need a new pen, and it’s not everyday that you can get a free lozenge without a doctor’s order at 3:01 AM.”

Furthermore, hospital administrators plan on assigning a patient satisfaction survey to be filled out by the cup.