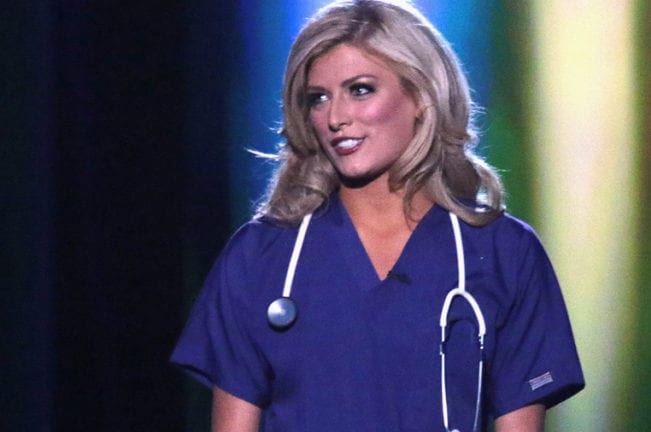 NEW YORK, NY – “Why didn’t we think of that?” was the overwhelming question asked today by executives at Littmann, a company that produces stethoscopes, upon seeing a segment from The View.  During the show this morning, Joy Behar, a co-host on The View, made a statement about Kelly Johnson, a nurse and Miss Colorado, wearing a stethoscope at her pageant:

“Why does she have a doctor’s stethoscope around her neck?”

Witherspoons has immediately begun a new production line of fashionable plastic stethoscopes to market towards nurses for a “doctor” look with a twist.  “We always thought nurses actually used stethoscopes to assess their patients, so we just sold the same stethoscopes to all providers.  Now that we recognize that most nurses just use a stethoscope for ‘the look…’  Game changer!”

Plans are in place to take out the important parts of the stethoscope like the diaphragm, bell, and acoustic valve stems since there really isn’t any reason a nurse would need these devices to listen to patients.

“We can save money by removing these parts and using them on our doctor stethoscopes.  The nurse stethoscope will be released at the same price, but will come in different colors, have stickers, glitter, and a whole host of other important accessories for nurses.”

There are also preliminary plans to release a limited edition Medical Student Stethoscope that will essentially have the guts removed as well.  It can be used by first and second-year medical students to wear when they go to the undergraduate library for studying.