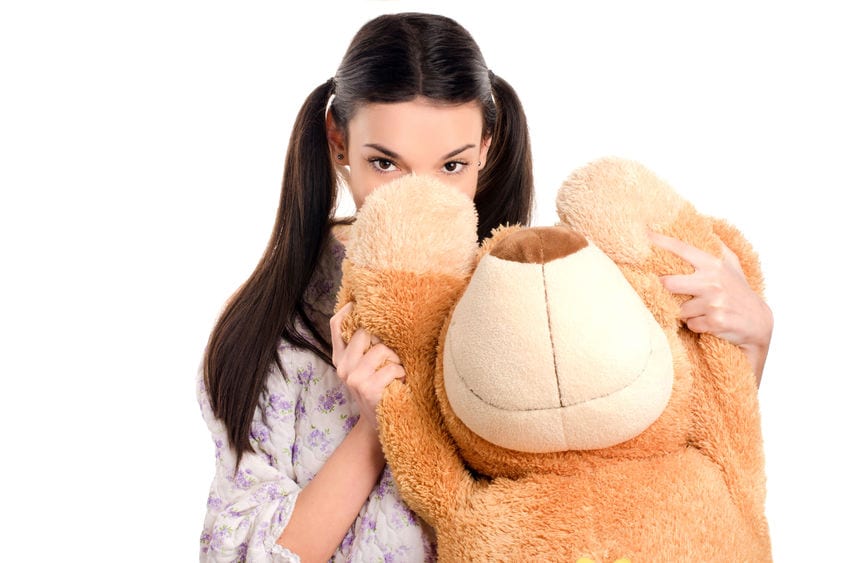 ATLANTA, GA – A cute, little, fuzzy study published today in the New England Journal of Stuffed Animals (NEJSA) has revealed something that healthcare practitioners have always known but have failed to prove until now regarding the infamous Teddy Bear sign: there is a direct relationship between a patient’s teddy bear size and the Dilaudid dose he or she demands.  The study is known as the TEDDY-BEAR trial, which stands for This Emergency department patient Demands Dilaudid Year-Round and what’s with that giant BEAR?

“A teddy bear that is one foot tall correlates exactly with a Dilaudid demand of 1 mg IV every 4 hours as needed irrespective of whether the bear is naked or wearing a matching outfit,” explained NEJSA editor Mel “The Sloth” Ursinus in his editorial piece in today’s issue.  “As the teddy bear gets bigger, so do the demands for Dilaudid: higher doses and increased frequencies.  Don’t say you weren’t warned.  Though that teddy bear might be lovable, cuddly, and sweet, I assure you the patient won’t be.  The trial shows that.”

According to the TEDDY-BEAR authors, their findings held true even after they accounting for the color, furriness, cuteness, and name of the teddy bears.

“I can’t say I’m surprised by the findings,” said pain specialist Kendra Adams, who has seen her fair share of teddy bears at bedside and admits that they still give her tremendous anxiety and palpitations.  “As a coping mechanism at bedside, I name the bears inside my mind to keep from rolling my eyes.  Let’s see, there’s Snuggles the Stupid Seeker and Larry the Labile Lunatic.  My least favorite is Brian the Belligerent Bounceback Brown Bear, he’s the worst.”

Adams’ sentiments appears to hold true for all health care practitioners.  We paid a visit to the emergency department (ED) at Georgia Medical Center and gave a random patient an adorable black bear with blue overalls and a red hat that we named Mr. Gomers.  We love Mr. Gomers.  But what do the ED personnel think?

“SHE’S GOT A TEDDY BEAR!!!” screamed ED physician Ryan Johnson within seconds.  He grabs a megaphone and jumps on top of a work station to get everyone’s attention.  “I REPEAT, SHE’S GOT A TEDDY BEAR!!!  GET INTO POSITIONS!!!”  It was clear that these health care practitioners have prepared for this scenario and who can blame them?  The truth is that nothing in medicine is feared more than the dreaded teddy bear at bedside.

“This one’s gonna be a bear, no pun intended,” said ED nurse Annie Rogers, as she gives signout to one of the medical floor nurses, advising her to “put the patient in a room furthest from the nurse’s station as humanly possible.”  She wiped her brow, sat down, and gathered herself.  She added: “To be honest, there are times I’d rather deal with actual live black bears and grizzlies running around this place than a patient with a teddy bear.”

The TEDDY-BEAR trial also noted one piece of advice to medical teams involved in the care of such patients: “If a patient ever shows up with a teddy bear that is three-feet tall or larger: RUN!!!  Just run for the exits, run for the hills, wherever!  RUN!!!  Just run, run as fast as you can and don’t turn back!!!”  This is a class I recommendation.