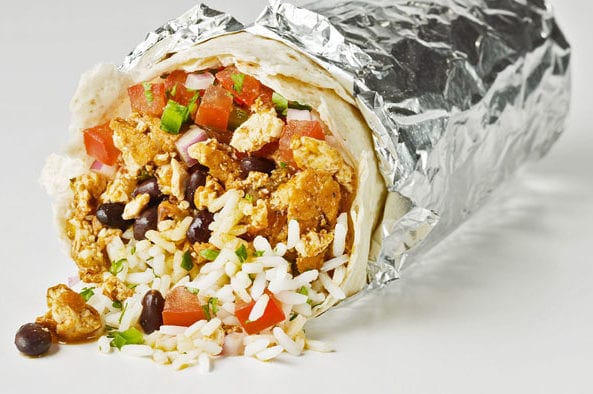 DENVER, CO – It’s been a very rough twelve months to say the least for Chipotle, which has seen its reputation severely damaged after hundreds of customers were affected by outbreaks of E. coli (nine states), Salmonella (California), and Norovirus (Minnesota), with numerous lawsuits subsequently filed.  But Chipotle isn’t worried and has a plan to win back its customers: give away free food and give away free antibiotics.

“The last thing our customers want to do is pay money for a disease-laden burrito, let alone the antibiotic treatment for it,” explained Steve Ells CEO of Chipotle.  “That’s why we’re going the extra mile: not only are we going to give you E. coli for free (and a sh*t ton of it, mind you), but we’ll give you a prescription for Bactrim or cipro for free as well and in some franchises actually place the antibiotics in the food.”

When asked if this meant Chipotle can’t figure out how to get rid of the E. coli, Ells responded with awkward silence. E. coli, as most people know, is a Gram-negative bacteria commonly found in the intestines of animals or the interior of Chipotles.

In addition, Chipotle announced it will close its 1,900 locations to focus on “food safety,” which is code for “we need to load up on antibiotics, like stat.”  Chipotle knows that no restaurant can prevent every case of foodborne illness, but it certainly wants to make it a rarity.  But since it’s no longer a rarity, Chipotle has decided to go for broke.  Of note, Chipotle is also changing its tagline of “Food with Integrity” to “Food with Morbidity.”

“Would we like to get rid of these bugs and not give away free food and antibiotics in the first place?” asked Jack Hartung CFO of Chipotle.  “Absolutely.  But we haven’t.  We’re clueless.  Sooo… the next best way to get rid of E. coli?  Force it upon our customers along with some antibiotics.”  He added later: “We’ll start first with oral antibiotics, but we are very seriously considering offering free PICCs with IV antibiotic therapy and home health.  And to those concerned parents out there, don’t worry: we’ll dose-adjust those antibiotics for your kids.”