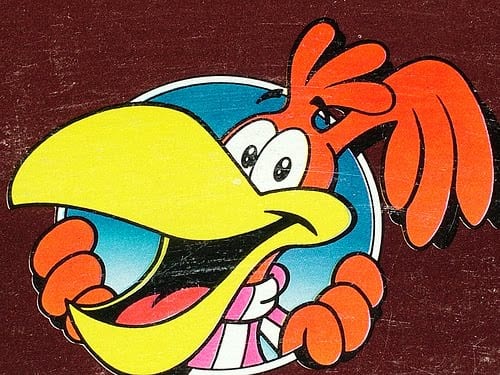 “I’m so damn cuckoo for Cocoa Puffs!” screamed Sonny, as he was wrestled into a straitjacket.  “Get your f**king hands off of me!  Are you throwing me into a cereal box?  Where’s my prize?  Are you Tony the Tiger?  I see Count Chocula!  I am the Cocoa Puff Master!  No, I’m not crazy!  Leave me alone!  Please!  HELP!!!”

Sonny the Cuckoo Bird is one of many cereal mascots admitted for psychiatric evaluation.  Lucky the Leprechaun of Lucky Charms was hospitalized after admitting his cereal is “Magically Delicious” because he laces it with cocaine.  The “Silly” Trix Rabbit’s repeated bouts of stealing kids’ cereals progressed to vandalism and arson, leading to the diagnosis of antisocial personality disorder.  And then just last week, Count Chocula was admitted for an eating disorder, repeatedly insisting as he binged and purged, “I vant to eat your cereal!”  All are in stable condition.

“It’s been one tough year for cereal,” explained Jameson as she pours milk into an empty bowl, no cereal to be found.  She swirls her spoon in the milk with saddened lethargy.  “Especially if you’re a cereal lover.”

Kellogg’s has had its own share of serial disappointments.  Snap, Crackle, and Pop of Rice Krispies were diagnosed with Tourette syndrome in early April.  Tony the Tiger found news headlines last month when he acknowledged “I’m Depr-r-ressed!”  Toucan Sam, who has been following his nose for decades, likely has been suffering from phantosmia (olfactory hallucinations), perhaps from undiagnosed schizophrenia.

“What have we learned?” asked Jameson.  She slurps her bowl, which leaves a milk moustache.  “Stick with the boring cereals, like Cheerios and Special K, until these mascots get their stuff straight.  And while we’re on the topic, can I ask: Where are all the female cereal mascots?”