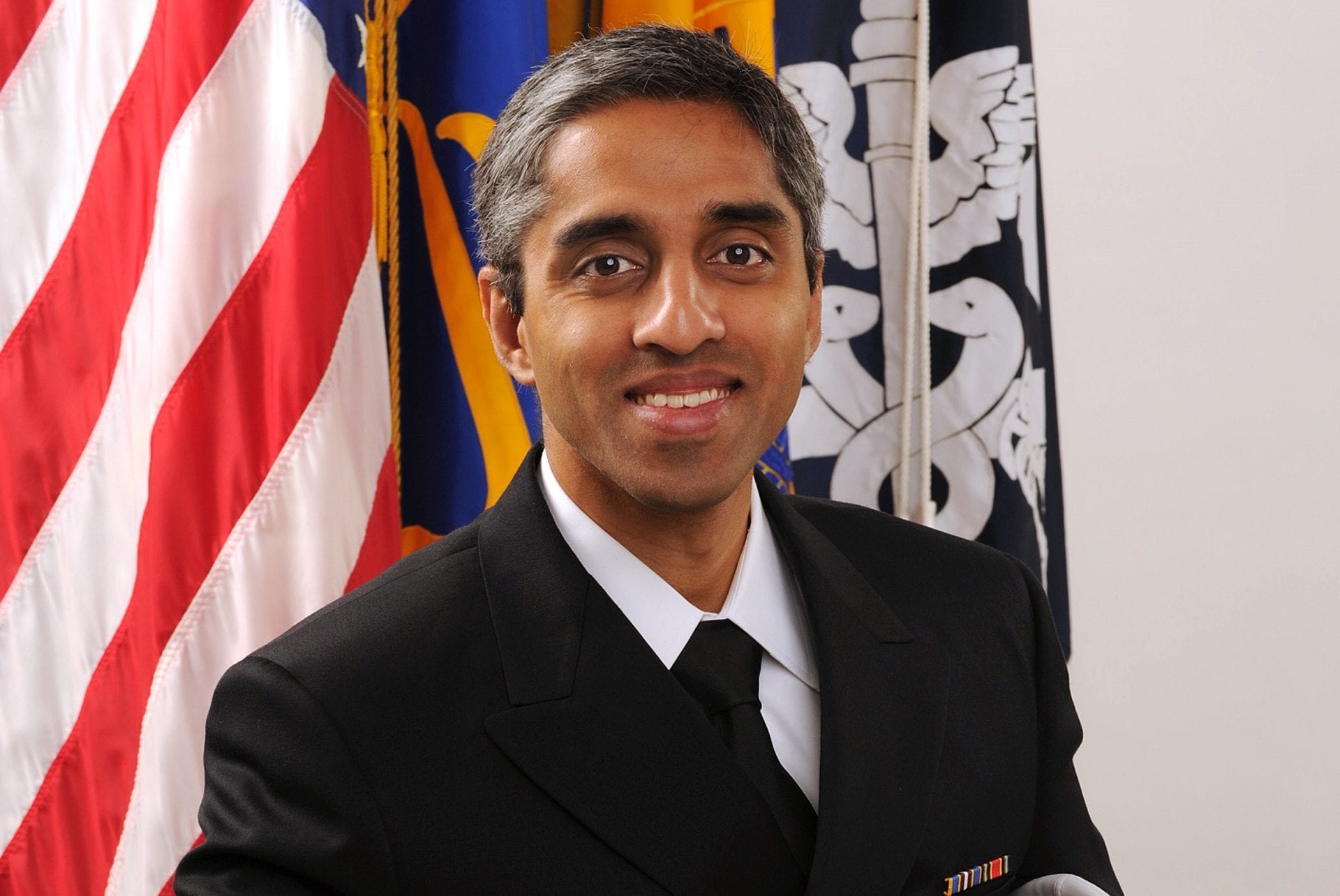 WASHINGTON, DC – Late last night a very visibly tired Surgeon General of the United States Vivek Murthy finally finished rounding on every American in the United States, a patient list of about 320 million patients, and admitted to Gomerblog that he is absolutely dreading having to write all those notes.

“Back when I was a hospitalist, I thought seeing 20 patients in a day was tough,” said Murthy, as he lounges back on his work chair, feet up on the desk.  He’s rubbing his eyes as a pot of coffee brews.  “But seeing 320 million patients in a day?  Man, that’s a lot of patient encounters.”  He lets out a prolonged, painful sigh.  “I haven’t eaten, I haven’t peed.  And I haven’t eaten written… a… single… note.”

As the leading spokesperson for the public health, the Surgeon General carries a lot of responsibilities.  One of those responsibilities is addressing the public’s health by talking to and examining every single one of the Americans that make up the public.  That’s a lot of bedside visits.  And a lot of notes.

“Just because I’m the Surgeon General doesn’t mean I get an easy pass on documentation,” Murthy moaned.  “I gotta document and chart just like everyone else.  I hate it.”

“For every nurse, doctor, physician assistant, whomever in healthcare, there needs to be one administrator, so that’s why I exist, to keep this Murthy guy in check,” Moneybags explained.  “I wish he’d stop whining.  What, 320 million notes?  I could do that in like 5 minutes.”

To make matters worse for Murthy, Hospital Administrator Moneybags has declined requests to give Murthy access to an electronic record, so that means one thing: 320 million handwritten notes.

“Looks like I gotta pull out the old ortho trick: write notes without words,” explained Murthy.  “I learned that from the Orthopod General.”