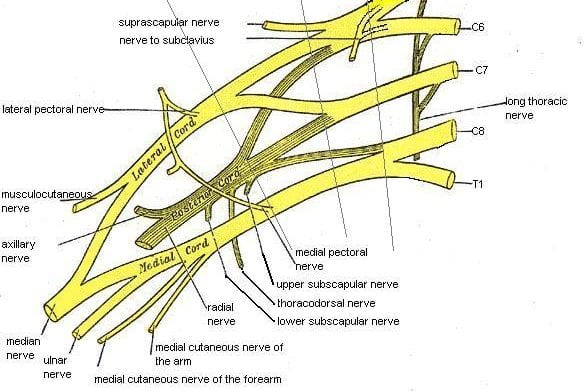 LAS VEGAS, NV – In continued news that falls under the category of “who the f**k cares,” second-year UNLV student Karen Weaselsnout-Jones is at it again, this time trying to impress us all with her mastery of that horrific thing known as the brachial plexus.  The collective feelings of health care professionals is best summed up by neurologist Jonathan Fairfax: “Screw that, I don’t even understand that sh*t.”

Even neurosurgeon Evelyn Gilliam agreed: “All I know is not to f**k with it.”  The Snout went on to say that the brachial plexus is formed by C5 and some other letters and numbers, but we stopped paying attention because it’s almost lunchtime and we want to eat something other than graham crackers.  “Did you know it has 5 roots, 3 trunks, 6 divisions…” she began, drawing it all out on a whiteboard while we tiptoed away.  It is unclear which is more miserable – the brachial plexus or the Krebs cycle – but one thing is certain: if this med student brings up any more boring useless crap again, she’s being sent back to the supply closet.