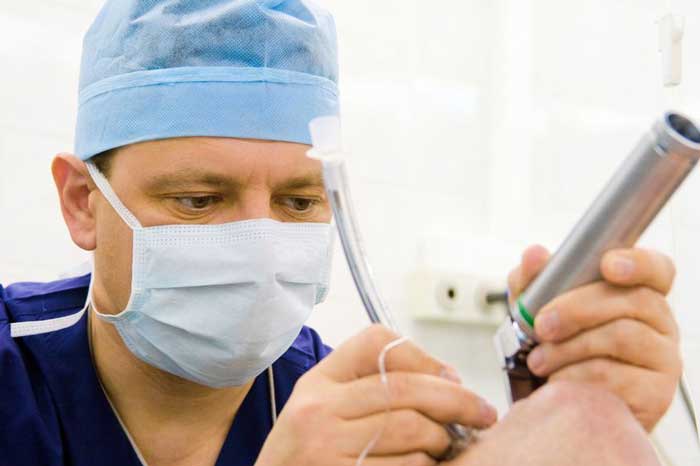 HOUSTON, TX – The New England Patriots came back from a 25-point deficit to complete the greatest comeback in Super Bowl history, winning 34-28 in overtime (OT) against the Atlanta Falcons in Super Bowl LI.  When asked to comment, Falcons coach Dan Quinn had only one explanation for the collapse: “It’s Anesthesia’s fault.”

“To be frank, Anesthesia lost our airway and caused us to choke to death,” explained Falcons quarterback (QB) and NFL MVP Matt Ryan.  “There’s no other explanation for blowing a 28-3 lead.  We blame Anesthesia.”

At a critical point in the 4th quarter on a 3rd-and-1 from the Atlanta 35-yard line with the Falcons leading by 16 points, Dont’a Hightower caused a momentum-changing strip sack pushing the Falcons out of field-goal territory.  “I just channeled my inner anesthesiologist,” explained a euphoric Hightower during a post-game press conference.  “Like Anesthesia, I just wanted to wreak havoc and be the one to blame when all was said and done.”

Even Patriots coach Bill Belichick admitted they needed a little help to pull off this miraculous victory.  “It’s all about situational football but we needed some help too,” Belichick told Gomerblog.  “We needed Anesthesia to come up huge for us and they certainly did.”

Tom Brady was lights out in the second half and overtime, earning his record 5th Super Bowl win and record 4th Super Bowl MVP.  He took advantage of the fact that the Falcons look gassed in the fourth quarter, perhaps the result of isoflurane or propofol used on the part of Anesthesia.  Brady only had praise for the much maligned field of Anesthesia.

“I’d like to thank Coach [Belichick], my teammates, my family, and, more importantly, Anesthesia for complicating Atlanta’s championship run,” said a mentally exhausted but excited Brady.  “Even I didn’t think we could pull off this victory.  Sometimes you gotta tip your hat and say, ‘Thanks Anesthesia!'”

In other news, the millions and millions of viewers who stayed up late to watch the game last night would like to blame anesthesia for what will undoubtedly be a struggle to stay awake at work this Monday morning.