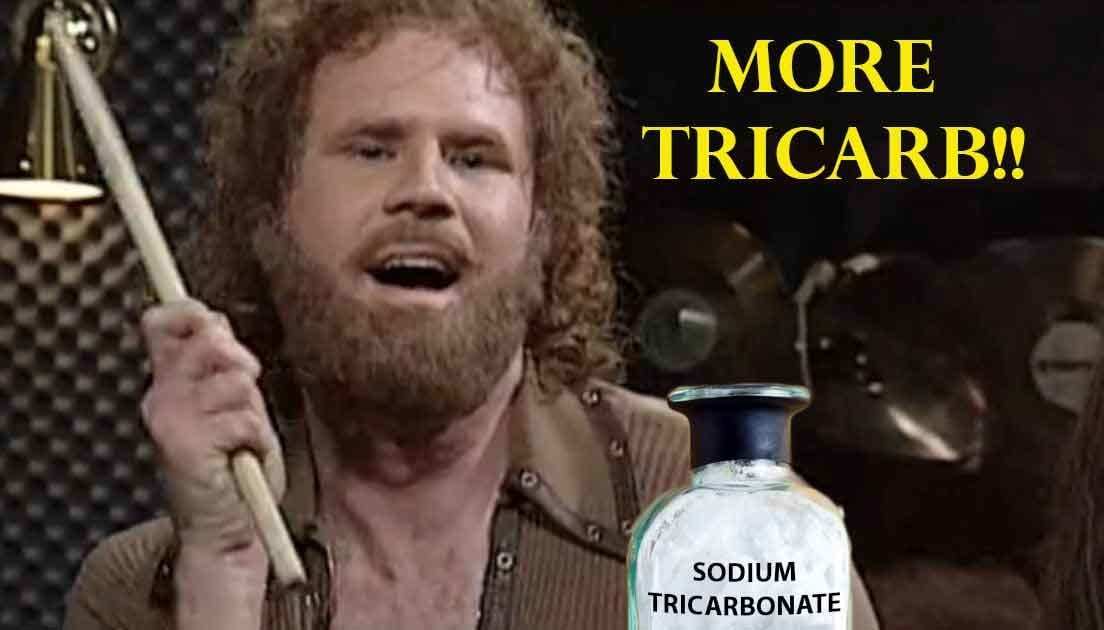 BETHESDA, MD – Look out, everyone, things just got real exciting!  Scientists have made a discovery that is sure to change the face of medicine from this moment forward.  Just when the world couldn’t handle all the awesome that is bicarb (or sodium bicarbonate), scientists at the National Institute of Health (NIH) have successfully created tricarb (or sodium tricarbonate).

“Imagine bicarb in all its pharmaceutical glory, and now imagine that it were 50% more amazing,” explained NIH biochemist Nelson Atkinson so quickly it is clear he can’t suppress his enthusiasm.  “Over all these years, doctors and nurses kept asking, pleading, “MORE BICARB!”  Guess what?  We’ve listened and not only that, we did you one better.”

As everyone knows, bicarb is considered by many health care professionals to be the greatest medication of all-time, and this is despite the much publicized and controversial absence of bicarb in the New England Journal of Medicine’s 10 Best Meds list, released in December 2016.  Only 6 weeks into the new year, tricarb is a “once-in-a-century game-changer,” as one infectious diseases specialist put in, and is the heavy favorite to win out as the best medication of 2017.

Using tens of billions of taxpayer dollars, the NIH confirmed that what makes sodium bicarbonate more awesome than sodium carbonate is more carbonate.  So what if they added more carbonate to sodium bicarbonate?  This incredibly-nuanced thinking by the team of over 50 biochemists and pharmacists at the NIH should make them a slam dunk to win the Nobel Prize for not only chemistry and medicine in 2017, but also physics, physiology, literature, and peace.

As Atkinson put it, “If I had to choose between tricarb and panacea, I’d choose tricarb.”

“Bicarbonate is already pretty incredible since it cures most modern-day maladies: cardiopulmonary arrest, cancer, multidrug resistant infections, Ebola, war, and famine,” said Director of the CDC Thomas Frieden, who will likely recommend a teaspoon of tricarb daily for all Americans for mortality prophylaxis.  “Now with tricarb, I’m pretty sure we can create utopia.”

According to our sources, the Food & Drug Administration (FDA) is expected to approve tricarb later this week for the indication of “everything under the sun.”