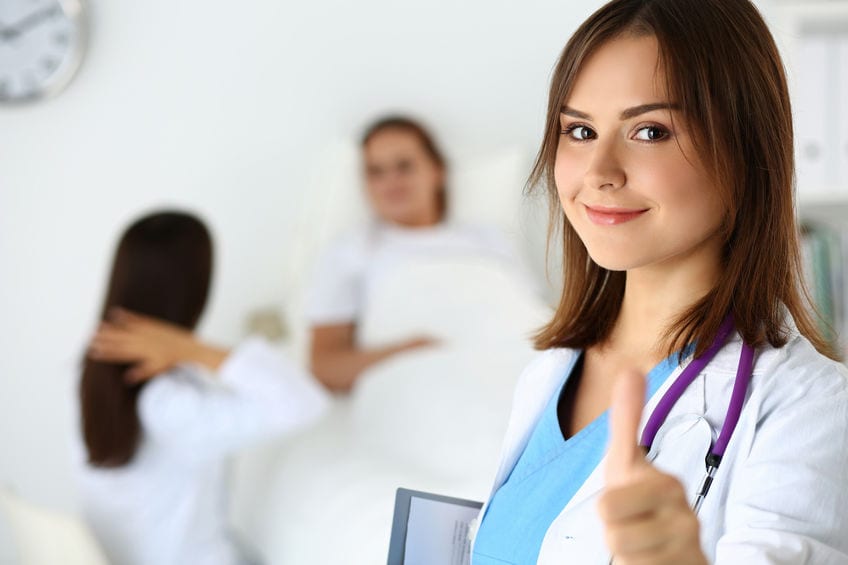 PORTLAND, OR – A medical student at Oregon Health & Science University School of Medicine not only conquered her standardized patient encounter but took it to the next level when she admitted him to the General Surgery service.

“I mean, I knew something was up when he started talking about abdominal pain after fatty meals,” said the fourth-year medical student Wendy Hurtz, who earned praise from her observers for really “owning” the case. “It was clinched in my mind when his abdominal exam revealed a positive Murphy’s sign. That’s when sh*t got real.”

Though an overhead announcement said “Your simulation is over,” Hurtz paid no mind and pressed on.

“I know you’re a standardized patient but hear me out, I’m convinced you have an infected gallbladder and this really needs to be worked up further,” she explained to her standardized patient Blaine Weyes. “There is no way you’re that good of an actor. We have to get you down to the emergency room.”

Weyes started to smile, admiring Hurtz’s complete immersion in the case. But when he saw the conviction in her eyes, he admitted he got a little scared.

“Truth be told, I can’t remember if I faked the inspiratory halt or if I actually just did that from true, legitimate pain,” Weyes explained, a clear nervous look on his face, as he changed back into his street clothes. “Maybe I should get this checked out?”

Instead of interrupting Hurtz to give her feedback on the case, the physician observing her on the monitor decided to let the case play out.

“Wendy really followed through,” detailed Dr. Tatiana Riseman, who was observing the case. “She walked her standardized patient to the ER and stayed at his bedside. Such compassion. Turns out, he had a high fever, and his right upper quadrant ultrasound noted cholelithiasis, gallbladder wall thickening, pericholecystic fluid, and a positive sonographic Murphy’s sign. I’ll be damned!”

General Surgery admitted the standardized patient. In fact, Hurtz was the one who called them.

“That was when I stepped in and stopped the case,” Riseman said, completely in awe of the medical student’s performance. “I simply walked in and gave her a standing ovation. She crushed this case.”