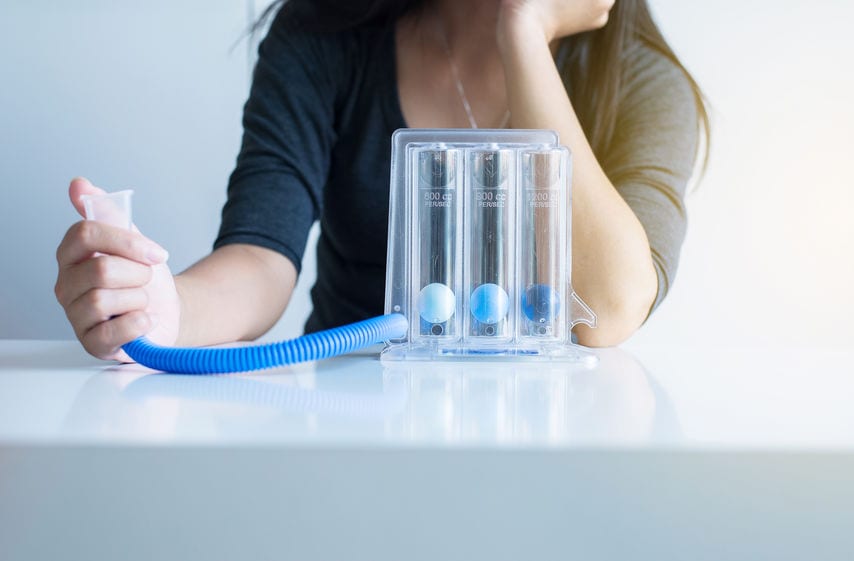 ATLANTA, GA – In an effort to better encourage patients to do their breathing exercises, a newly-designed incentivized spirometer will pay patients $50 per deep breath – that’s right: cold, hard, cash – including a bonus of $100 every time they hit 1500.

“One of the most common complaints in patient satisfaction surveys had to with incentive spirometers: what was the incentive?” explained respiratory therapist Artie Blood-Gas, who carries his own incentivized spirometer to make a little cash on the side.  “Patients were never motivated to use them.  All they said was, what’s in it for me?  Not only are they motivated, heck, I’m motivated too.”

An incentivized spirometer works exactly like a conventional incentive spirometer: the patient inhales, holds their breath for 5 seconds, and exhales.  The only difference is with every breath the patient gets a cash payout.

“Hell yeah, there’s a whole lot of incentive!!” said patient Jackson Jones, who has been inhaling and exhaling like crazy over the past several hours.  His bed is overflowing with an unholy amount of cash, and not a single collapsed alveolus exists in his body. “This is way better than the slots in Vegas!  I got you, alveoli, I got you!!”

One incredibly motivated patient managed to move the gauge past 3000 in a single breath, after which her incentivized spirometer spit out an entire gold bar.

Blood-Gas is pretty sure he has a respiratory alkalosis going on based on his incentivized hyperventilation. “Cha-CHING! Thanks to these new devices,” he said, “atelectasis will be a thing of the past.”

In other news, several interns were caught in a back alley using dozens of incentivized spirometers to help pay off their student loans.