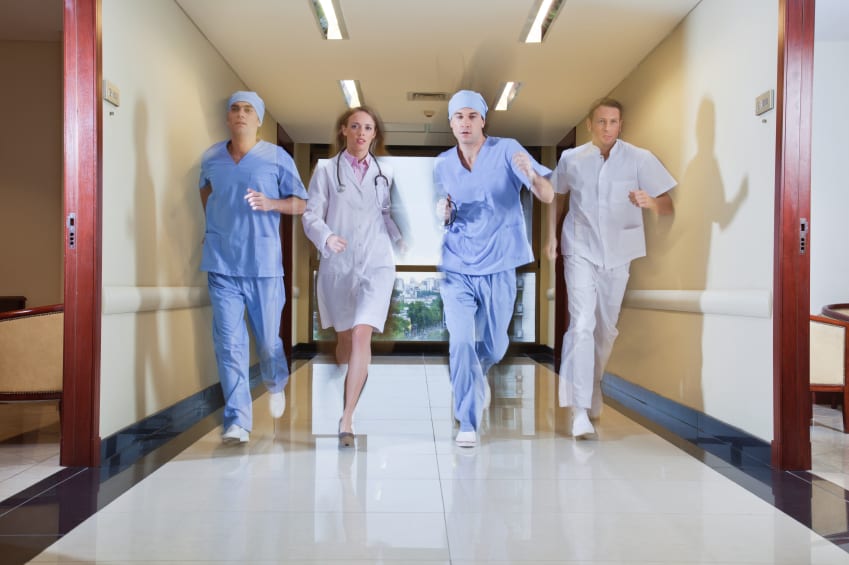 ALAMEDA COUNTY MEDICAL CENTER – Following the model set by their colleagues in Trauma Surgery and Emergency Medicine, the Psychiatry Department has implemented a new “Trauma Code” protocol in their ER and inpatient units.

Specific parameters for calling the Code have been identified.  Instead of unstable vitals, penetrating chest wounds, or high-mechanism injuries, whenever a patient uses the following phrases, a highly-equipped interdisciplinary team will be STAT paged: “It was so traumatic,” “I have ____ PTSD” (typical words filling the blank include “traffic,” “gynecological exams,” or “Bergdorf’s Summer Sale”), or “’nam.”

In the first month of rollout, the intervention has been a resounding success.  Psychiatry resident Jill Fischer states, “In the past when interviewing a patient who is concerned about post-traumatic stress, I would need to spend hours documenting symptoms, assuring the existence of flashbacks and hyperarousal, and hopefully directly triggering the pathology so as to accurately diagnose the patient.  Now, my work is practically done for me!  A huge team rushes into the room, crowds round the bed and strips the patient nude.  Large bore lines are inserted and the patient is placed in 4-point restraints.  Attending psychiatrists and residents call out their findings for the documenting scribe: ‘She has nightmares!’ ‘She is socially avoidant!’ ‘She endorses increased anger and irritability!’  If we’re lucky we can witness some primo flashback material right in the bay!”

Psych attending Dr Patience Chikwe is, well, psyched about the development.  “Already we have seen a dramatic increase in the awareness of and prompt identification of trauma.  We have a 40% improved implementation of timely psychotherapy, which is proven to be a lifesaver in this disorder, and have instituted protocols which standardize the immediate use of benzodiazepines in our ‘Surviving Stresses’ campaign.  The hospital brass are very pleased indeed.”

In fact, the intervention is such a success that the Psychiatry Department has unveiled their next department-wide initiative: Code Blue for major depressives. The team is identical to that of the Trauma Code, with the addition of a gaudily-painted clown, for extra mirth.