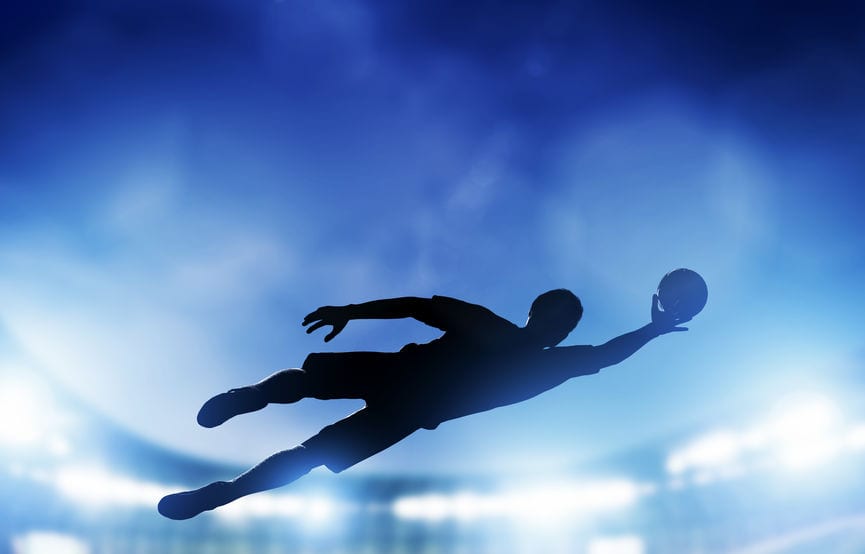 NORTH BRUNSWICK TOWNSHIP, NJ – Following an epic goalkeeping performance during a 2-1 defeat to Belgium, United States goalkeeper Tim Howard was soon hired by a hospitalist group in his home state of New Jersey where on his first day of duty he blocked 16 admissions.

“It’s a good shift if you can block one admission,” said co-hospitalist Dr. Jonathan Thompson.  “Tim was incredible.”

Hospitalists around the country are already calling it one of the greatest performances by an admitting hospitalist in decades.

It was a highly-anticipated rematch between Emergency Medicine and Hospital Medicine on Monday morning.  Hospital Medicine started the day in a new 4-3-3 formation – 4 rounding hospitalists, 3 nurse practitioners, and 3 physician assistants – with Tim Howard anchoring the backstop.

From the get-go, Emergency Medicine (dressed in blue scrubs) had the upper hand against Hospital Medicine (dressed in white coats).  Their attacks were numerous, consisting of hematologic crosses, gastrointestinal bombs down the middle, cardiac set pieces, and even taking advantage of orthopedic free kicks, all of which consistently had Hospital Medicine on their heels, practicing defensive medicine.

However, Howard was on his game and turned aside admission after admission, deflecting them out of harms way onto other subspecialties, some of which included General Surgery, Plastic Surgery, Neurosurgery, Anesthesiology, Radiology, and Ophthalmology.  Even Rheumatology admitted a patient, their first admission since 1972.

Howard’s two most mind-numbing and acrobatic stops came in the shift’s second half.  The first was in the 72’ when he turfed a social admission for placement to orthopedic surgery despite the patient having no fractures.  The second was in the 85’ when he turned away a healthy 30-year-old patient with community-acquired pneumonia by an ER resident, blocked the rebound by the ER attending, and then convinced both of them to send the patient to hospice.

“Bulletproof,” said one Emergency Room physician.  “We couldn’t get anything past him.”

However, Howard’s performance though incredible was not perfect.  Forced into overtime, Howard’s teammates were on their last legs.  His teammates were cramping up from dehydration and over-documentation, leaving Howard all alone, and a fresh ER attending managed to squeeze 2 patients, one with new-onset heart failure and another with acute pulmonary embolism, past Howard.

“He approached me with a head of steam both times,” said Howard on the two admissions allowed.  “There was a lot of pace in his arguments.  My reflexes weren’t fast enough.”

Howard’s performance is one for the record books.  Though he is unsure if he will participate in the FIFA World Cup in 2018, members of his hospitalist group already know that his future in Hospital Medicine is looking quite bright.

“We need to learn from this experience and grow,” said Dr. Thompson.  “Who knows where it can lead down the road?  Perhaps a road full of walls instead of sieves.  That’s the future of Hospital Medicine: a world without admissions.  Wouldn’t that be something.”