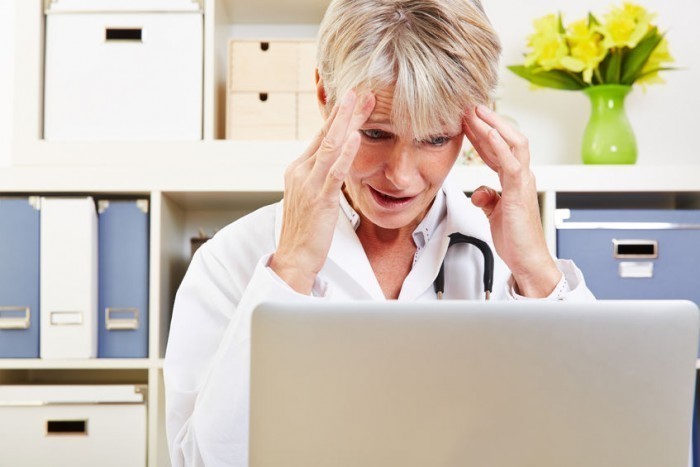 ATLANTA, GA – For internist Karen Davenport, today’s shift was the straw that broke the camel’s back.  She struggled mightily as she was asked to “suck it up” and see 935 patients, 100% of which were a pain in the ass, malingering, or both.  Realizing there was no use in fighting difficult patients, demanding administrators, or useless insurers any more, Davenport called palliative care on herself and decided to go home with hospice. 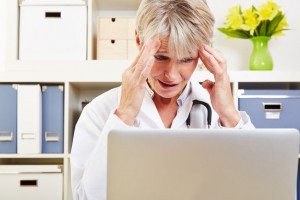 “The odds were stacked against Karen,” said chief of internal medicine Benjamin Watts.  “Being overworked, understaffed, underappreciated, over-litigated, micromanaged, and the endless charting… Davenport’s expectancy was less than 6 months for sure.”

Over the past two months, Davenport showed signs that burnout was progressing despite decreased work hours and interventions like vacations, running, massages, heavy drinking, binge-eating, antidepressants, and psychotherapy.  Last week, it became clear that in her toxic work environment, Davenport was failing to thrive.

“Burnout in its final stages is like dementia,” said palliative care nurse practitioner Jonathan Rappaport.  “Your faculties fail, you’re unable to take care of yourself let alone others, and you battle with incontinence.  Ultimately, you succumb to dehydration from forgetting to drink or eat, renal failure from forgetting to pee, and infection like MRSA or C. diff.”

Yesterday, Davenport received the unfortunate news that her burnout had metastasized to the mind, body, and soul.  After today’s horrible, just horrible shift, Davenport made up her mind and realized that she no longer needed to suffer in the hospital.  She wanted to be home with family.

“Karen said she no longer wanted to be a health care practitioner, she just wanted to be comfortable,” said palliative care physician Laura Harrison.  An expert in burnout, Harrison has helped hundreds of thousands of nurses, nurse practitioners, physician assistants, social workers, therapists, nutritionists, doctors, and others by attending to their pain and symptoms as well as their emotional and spiritual needs.  “We had a family meeting.  Karen’s a DNR.  We took away her stethoscope and white coat.  We inactivated her pager.  A chaplain was present.”

Harrison and her palliative care team started morphine to help with the pain of a modern-day health care practitioner.  Xanax and Remeron were given for Davenport’s fragile nerves and pager-related PTSD.  She was given Ativan, scopolamine, and Decadron for intractable work-related nausea and vomiting.  She was also given a bowel regimen since she hadn’t pooped in weeks.

“There is a way to improve our quality of life, but we, first, have to accept our terminal work conditions,” said Davenport as she was escorted to the lobby to be met with family.  She hopes she remembers what her children, husband, and bed look like.

“Karen looks so much happier now,” said close friend and charge nurse Rebecca Stevens, holding back some tears.  “When was the last time you were truly happy at work?”