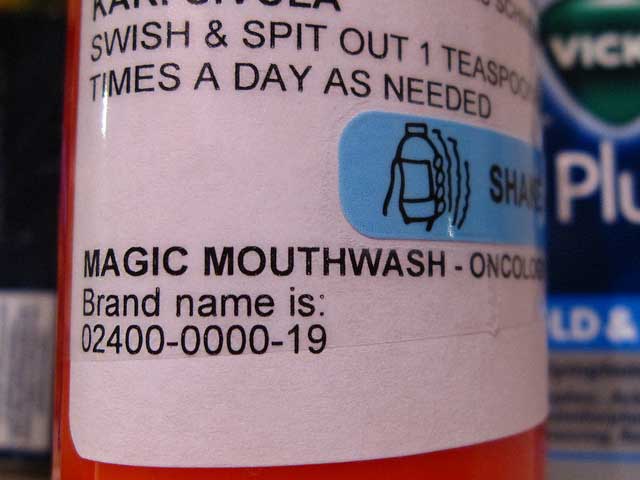 LAS VEGAS, NV – Several of the world’s most famous magicians – David Copperfield, Penn & Teller, and Criss Angel – have told GomerBlog that they are not impressed by the magic of magic mouthwash and are in fact a little underwhelmed. 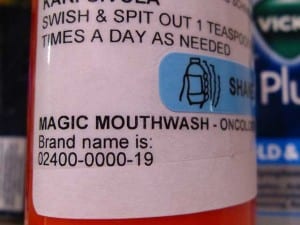 “Magic is walking through the Great Wall of China, not just curing oral discomfort,” said a skeptical David Copperfield with an intriguing blend of mystery and romance.  “Wanna see magic?  I’ll show you magic.”  Copperfield backed up his words and wowed us by pulling a rabbit out of a patient’s rectum.  “Tada!!  Take that, magic mouthwash!”

Magic mouthwash is a term used to describe any kind of solution to help treat mouth sores.  Though many magicians appreciate what these kinds of mouthwash can do for oral mucositis, they are hesitant to label them as magic.

“Transformation, escape, vanish, levitation, these are the things that make me think of magic,” said Magician of the Century Criss Angel.  “Antibiotics, antihistamines, antifungals, and steroids, these things are merely medications.”  Angel went on to show us one of his favorite illusions: making healthcare providers’ lost pens reappear.  “Now that’s a whole lotta pens!”

Magic mouthwash lasts four to six hours at a time.  Most magicians agree that a powerful illusion can last a lifetime.

“I’m a huge fan of magic but I don’t see what’s so magical about that stuff,” said Penn of Penn & Teller with a chuckle.  “Can magic mouthwash do this?”  Penn & Teller went on to pull off the unthinkable: making an ER full of drug seekers disappear.  “Now that’s magic!”

In other news, area Las Vegas hospitals are beginning to hire magicians in an attempt to make paperwork, patient satisfaction surveys, bullsh*t, and other nonsense disappear.