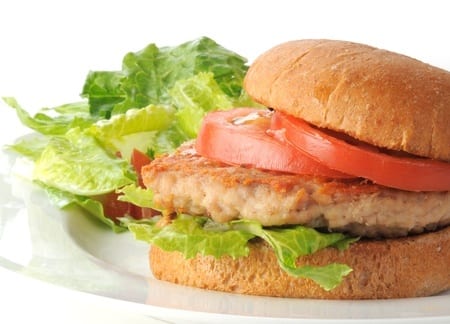 NEW ORLEANS, LA – In a brilliant new campaign to improve patient satisfaction scores at the expense of appropriate medical care, hospital administrators and dining services have collaborated on a new turkey sandwich.  It’s called the BDT or Turlaudidryl Special for its essential components: Benadryl, Dilaudid, and Turkey.

“What are the two most undertreated pains out there?” asked administrator Dustin Green, who bears a striking resemblance to The Simpsons’ Mr. Burns.  “Non-cancer pain and hunger pain, if you ask patients.  So we asked patients what we should do.  Voila!  That’s how we created the Turlaudidryl Special.”

Though fresh is admittedly ideal, Green pushed for stale bread given the opportunity for cost savings.  Some mayo on both slices of bread, 5 pieces of turkey, 10 mg of Dilaudid, 100 mg of Benadryl, some lettuce and tomato, and there you have it.  Green thought about calling it the BLTDT (Benadryl, Lettuce, Tomato, Dilaudid, Turkey), but felt BDT would resonate best with patients and Turlaudidryl with providers, given its fun, polysyllabic, and medication-sounding nature.

“If patients make it a meal, they get a unlimited ginger ale and a side of Ativan,” said Green, who appeared to be growing devil’s horns from the sides of his head.  “I’m a problem solver, Ted,” he said to us, though none of us are named Ted.

“Who wouldn’t want this sandwich meal?” said frequent flyer Jason Reynolds, who continues to refuse everything a hospital can offer, other than this sandwich.  “It addresses everything: hunger, thirst, pain, itchiness, anxiety, consciousness, breathing.  Plus, nothing makes me feel more alive than the daily battle to have a bowel movement while on narcs.”  He takes a monster-sized bite of Turlaudidryl and smiles from ear to ear.  “For once, I think my pain level is down to 10!”

GomerBlog asked emergency medicine physician Maya Thompson what she thought, since she’ll on the front lines dispensing these.  “I don’t think it’s a good idea,” she said while eyeing a Turlaudidryl Special.  She starts drooling.  “Then again, it does look pretty tasty…”