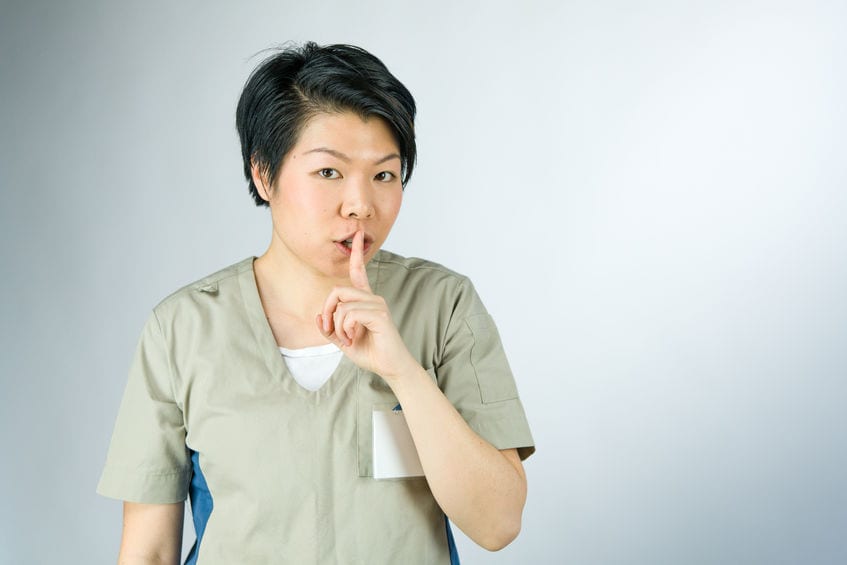 ROCHESTER, MN – Jackie Shern, floor nurse at United General, disappeared following her shift last week.  “It was an easy night for us,” stated Jess Gird, a coworker of Jackie’s.  “We were getting our charting done and everything was running so smoothly, we even had time to use the bathroom and have our dinner break-a rare occasion.”

Apparently everything was going a little too well as Jackie was overheard saying, “Boy it sure is a q**et night.”  Gasps were audible throughout the floor as every single nurse prepared for sh*t to hit the fan, literally.  Just then, call lights sounded simultaneously, respiratory rates were no longer 16, and 3 patients coded.  “It was probably the worst shift of my 27 year career,” Gird told GomerBlog after leaving the hospital 3 hours after her shift was scheduled to end.

Jackie failed to show up for work the next day, her family said she never came home that night.  None of her coworkers have seen her in weeks as she appears to be living “off the grid.”

Nurses want this to be a lesson to health care workers everywhere: the Q word is the worst word to say in a hospital, it causes death, destruction, and bad morale, not to mention poor satisfaction surveys.  Next time you think your night is going well, please just keep your thoughts to yourself and enjoy an extra bathroom break.