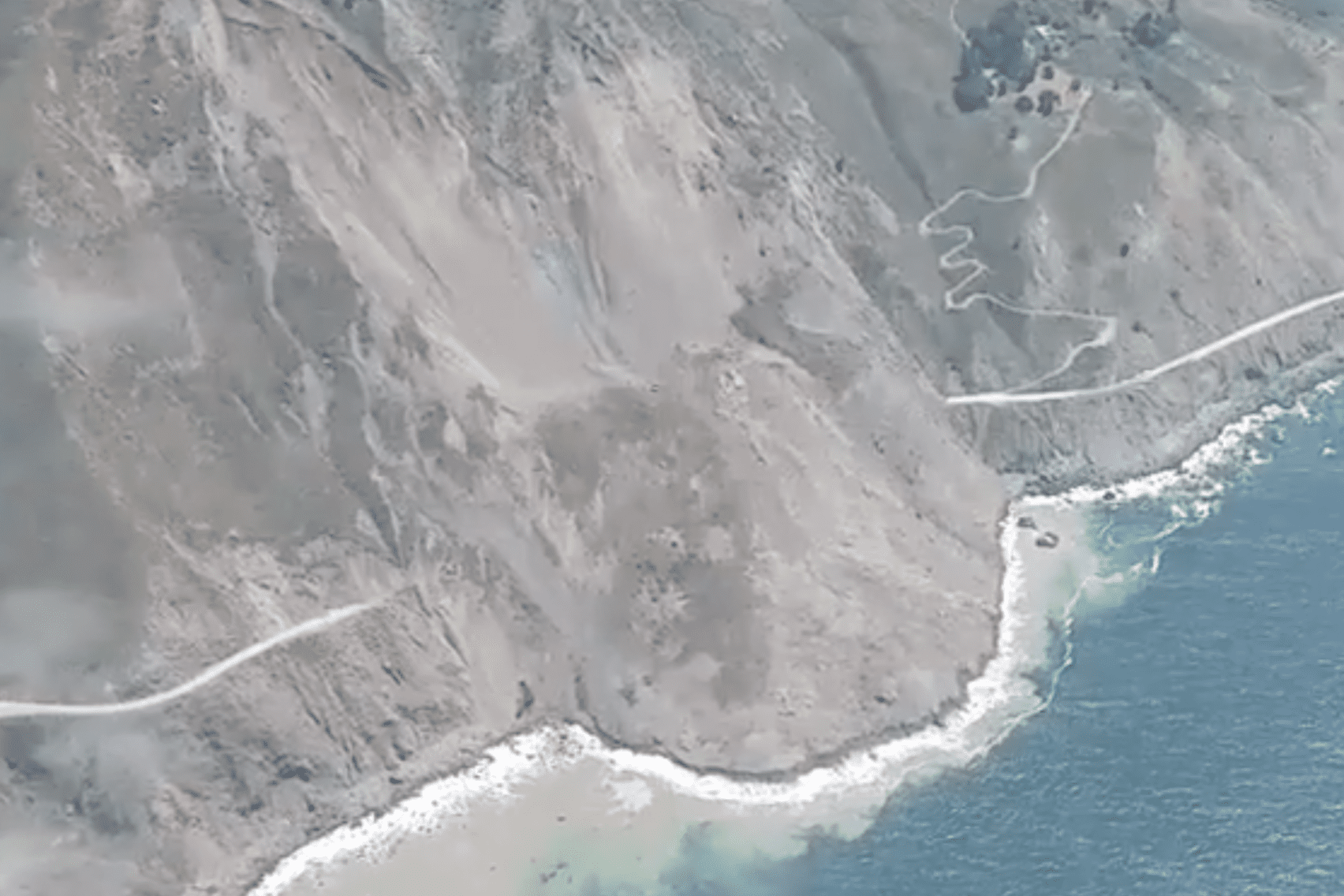 BIG SUR, CA – A massive landslide that buried a quarter mile of California’s scenic Pacific Coast Highway last week has been attributed to a large bowel movement on behalf of Mother Nature.

“We initially thought it was a million tons of dirt and rocks smothering the highway, but it turns out to be stool.  Lots and lots of stool, maybe about 35 feet deep.  It’s quite disgusting frankly,” commented Director of the California Department of Transportation (DOT) Malcolm Dougherty.  “It’s at least going to be a two-flush job.”

The highway, also known as Route 1, remains closed while the California DOT begins the long process of cleanup and disimpaction.  Though Mother Nature and her bowels are no longer obstructed, Route 1 is and will continue to be until late summer or fall.

California officials have not ruled out the possibility of a heparin bridge as a temporary fix.

The enormous pile of excrement does not appear to be bloody, loose, or malodorous, authorities say, but they are leaving nothing to chance and taking the appropriate precautions.  The Pacific Coast Highway has been placed in contact isolation and a C. difficile toxin has been sent.

Gomerblog is happy to report no fecal-related injuries or deaths.  It does, however, “smell like sh*t.”