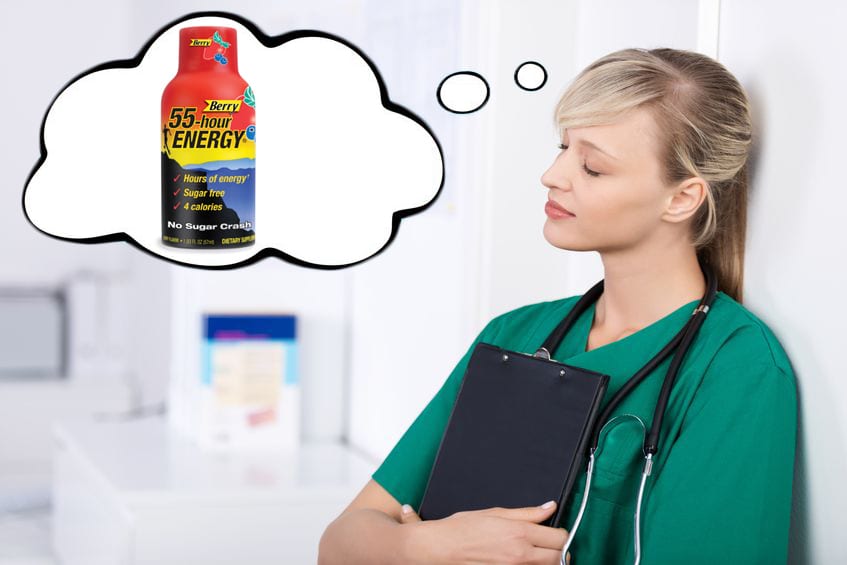 “Look, burnout is so rampant and things don’t seem to be getting better anywhere in the near future, so we had to, we absolutely had to,” explained CEO Manor Bhargava, who told us that her resting heart rate is 168.  “I just saw my primary care provider, who’s wonderful mind you, and she had enough bags under her eyes to carry a month’s worth of groceries.  Imagine those poor little interns!”

“The reason why 5-hour ENERGY isn’t FDA approved is that, well, frankly 5 hours just isn’t long enough to be useful for us,” explained Secretary of Health & Human Services Tom Price.  His resting blood pressure is 170/94.  “At least 55-hour ENERGY can get you through an overnight call, maybe even an entire weekend call.”

The FDA approval comes just in time, as the country’s new crop of graduating fourth-year medical students become July interns.  According to sources from several academic residency programs across the United States, program directors plan on dispensing goodie bags filled not only with graham crackers and saltines but “loads and loads” of 55-hour ENERGY drinks as well.

“We all know every intern fudges their work hours to make them look better than they actually are,” confessed Thomas Nasca, CEO of the Accreditation Council for Graduation Medical Education (ACGME).  “The least we can do is give them some sort of edge, even if 55-hour ENERGY does increase risk of nervousness, nausea, vomiting, tachycardia, hypertension, and death.  But they’re going to have those symptoms anyway: they’re new interns for cryin‘ out loud!”