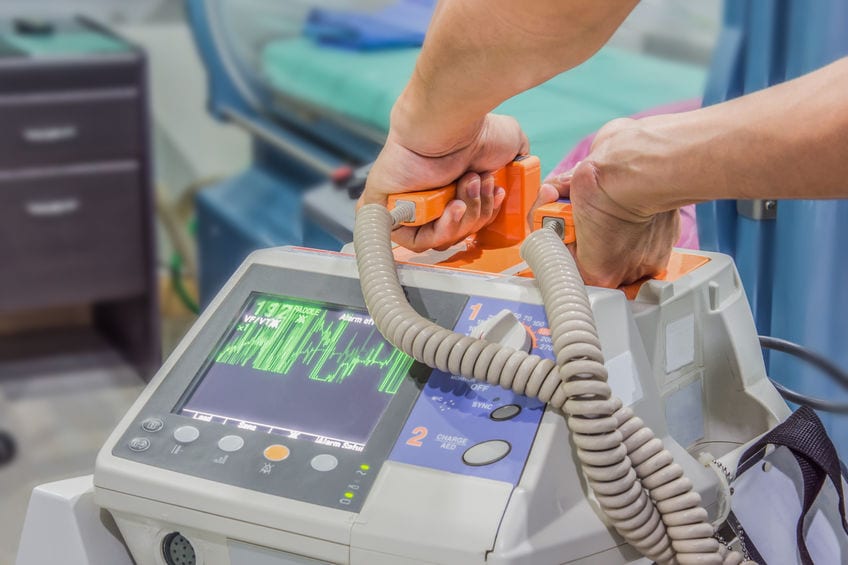 ATLANTA, GA – Implementing an often overlooked early step in the ACLS algorithm, third-year Emory University internal medicine resident Carrie-Ann Winslow slapped the monitor at the patient’s bedside in the slim chance that the ventricular fibrillation (v-fib) is just some form of artifact.

“What are you doing?” asked one of the charge nurses at the code.

“Channeling my inner Fat Man,” explained Winslow, a fan of The House of God.  “Before you shock a patient, you always have to rule out faulty technology.”

“Not many health care professionals realize that before initiating CPR or shocking a patient, one really needs to give the attached monitor a good smack, like one would give a computer screen or printer when it’s not being cooperative,” John Harold, President of the American College of Cardiology, explained to Gomerblog in a phone interview.  “If the life-threatening rhythm persists despite the monitor thump, then, well, you might actually something bad on your hands.”

“Yeah, it was worth a shot,” Winslow said just before screaming “CLEAR!” and delivering a shock to his patient who is most definitely in v-fib.  A few seconds later, patient was back in normal sinus rhythm.  Winslow slapped the monitor once again.

“What are you doing?!  Why do you keep doing that?” the charged nurse asked once more.

“It works both ways,” Winslow responded.  “Just wanted to be sure normal sinus rhythm wasn’t artifact!”

The patient has been transferred to the intensive care unit, and remains in stable condition.  The monitor on the crash cart has a few dents, but it, too, is expected to make a full recovery.