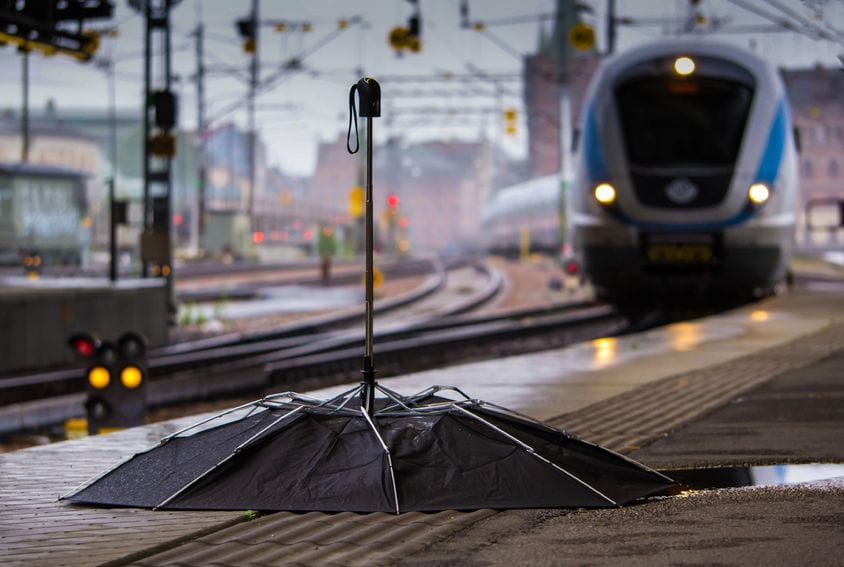 “Our thoughts and prayers are with the owners of these umbrellas, who are undoubtedly getting very wet as we speak,” said Chicago Mayor Rahm Emanuel.  “There is nothing more difficult than coping with the reality that your umbrella is about to invert and stay that way for good.”

Chicago resident, Devin Townsend, is in tears as he cradles his flimsy CVS umbrella that he bought just earlier this week.  “It’s too soon to see you go, friend,” Townsend was overheard whispering to his purchase that cost six dollars tops.  The umbrella’s several stretchers were bent beyond recognition and the open/close button fluttered lifelessly.  “I will always remember you.”

Witnesses describe the scene along Lake Shore Drive, also known as Outer Drive, as “utter decimation,” with misshapen and fractured umbrellas strewn about too numerous to count.

“Large ones, small ones, red ones, blue ones, polka dot ones all gone just like that,” remarked tourist Colleen Carlisle, whose own umbrella remains safe in her hotel closet.  “I’m just grateful I was able to brave it with my aptly-named windbreaker.”  Gomerblog is happy to report that her windbreaker is in good health.

Lake Shore Drive is temporarily closed as emergency medical crews continue to triage.  If there is any bright side to what is otherwise very saddening news, no parasols lost their lives or sustained any injuries today, this according to local officials.