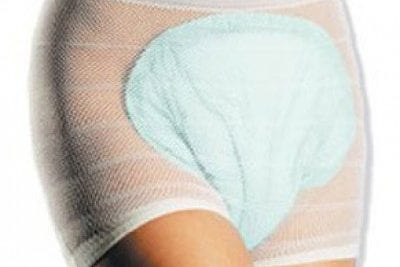 ATLANTA, GA – Mercy Hospital was forced to place their mesh underwear under lock and key due to staff constantly taking them home for personal use.  Hospital administrator Darlene Chalmers tells reporters that one of their “highest costs” were mesh underwear.

“Supply continued to inform us we needed more mesh underwear, and they came to me for emergency funds approval,” Chalmers stated.  “We launched an investigation.”

At press time the hospital concluded most female and some male staff were taking mesh underwear home for personal use.

“We should have seen this coming,” Chalmers lamented.  “The comfort and style of mesh screams take me.”

Unfortunately for the rest of society, the medical community has a patent on mesh underwear, but that may change soon.  Victoria’s Secret lawyers have been hard at work trying to get a licensing deal.  And with recent news the demand could be higher.

GomerBlog has been on this case for months before it broke to the public.  Some nursing staff have stated that their quality of life has never been better.  They “feel more free and in-charge of their life” wearing mesh underwear.

An upset staff member told reporters, “I think every female in this hospital is and has been wearing mesh underwear for quite some time.  That is why we are ranked the best hospital to work for.”

“No need to throw out the whole bushel because of one bad apple.  It stinks.  I hear stories about nurses who would take a ton home to sell to the public.  In fact, talk to Shannon about her new pool!”

Across the nation hospitals are taking Mercy Hospital’s lead and placing the mesh underwear in Pyxis machines.  Even the black market is having difficulty finding a pair.  Some state their personal stash may worth a lot of money on eBay.  “The trick is how are they going to sell these without getting caught?” Charles Markin, an expert in black market undergarments, speculated.  “Now with the entire nation tightening up on their mesh underwear utilization we are going to see a giant mesh underwear vacuum.”

Most plan on just holding onto these precious gems.

An anonymous nurse told GomerBlog, “You have to weigh the money you’d get versus giving up on the fantastic comfort and style.  I’m single, there is no way I’m switching back [to regular panties], maybe if I get engaged soon I’d consider selling them to pay for the wedding.”

Popular male blogs have expressed the glory days of taking a female home and finding out she wore mesh underwear “are gone.”  One male commenter wrote, “That is why I loved meeting a female nurse at a bar!  I hope they figure it out, those nurses are smart.”

Many female employees are extremely upset.  One anonymous angry nurse had this to say: “First they cut our bonuses, next our breaks, and now the last perk of this job.  I might lose it any day now!  Administrators just don’t get it.”

Many plan on getting pregnant so they are able to have better access to the mesh underwear.  Others trade outside food with patients for their mesh underwear.  “Slightly used is better than none at all!” was a common theme on ward 3B.

Early reports claim that intubated ICU patients are being found with “outside underwear” on.