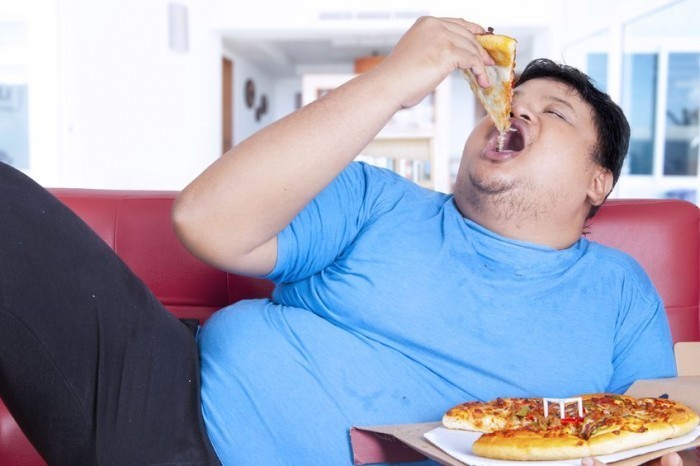 ATLANTA, GA – In response to the public health crisis of food comas resulting from the ongoing obesity epidemic, the 3N Joint Task Force, which is comprised of several of the nation’s leading experts in Neurology, Neurosurgery, and Nutrition, has created a new reliable, objective, and quick method to assess the level of consciousness of a patient after a typical large American 25,000 calorie meal: the Glasgow Food Coma Scale (GFCS).

“This postprandial altered state of consciousness is affecting citizens from coast to coast.  Because of the growing concern in the medical community, we felt it was necessary to create this scale.  Food-induced cerebral ischemia is real and here to stay.”

The GFCS is comprised of three tests – eye, verbal, and motor responses – and a value is assigned to each response:

The GFCS score is the sum of the values assessed to each response.  The score ranges from 3 (food comatose state with deep postprandial unconsciousness) to 15 (full alertness without food coma and with preservation of bowel continence).  A GFCS score < 9 is considered severe.  A patient with a GFCS score < 6 often needs to be intubated and on life support or, at the very least, carried home in a wheelbarrow.

In a landmark multi-fast-food-chain study conducted earlier this year, 10,000 Americans were assessed at 3-minute intervals using the GFCS from entry into a fast-food restaurant or buffet until naptime.  Prior to ordering a Whopper or a Big Mac, patients scored a GFCS of 15 (E4 V5 M6).  As the meal progressed, particularly with consumption of French fries and hash browns, GFCS scores markedly decreased: the majority of patients met criteria for severe food coma within 30 minutes of food intake.

Interestingly, flatulence increased exponentially over time.  All 10,000 patients scored a GFCS of 3 (E1 V1 M1) within 1 hour of food intake.  As if these results weren’t striking enough, neurologists also found that 100% of patients 2 hours postprandial were found to be both clinically brain-dead on electroencephalogram (EEG) and covered in drool.

“We have to acknowledge the stark reality,” explained neurosurgeon Adaiah Roberts.  “After a meal, Americans are brain dead.”

The 3N Joint Task Force hopes that with widespread implementation of the GFCS food comas will be a thing of the past.

“If your friend’s GFCS drops from 15 to 14 to 13, think about slapping away the Chicken McNuggets or giving him or her a fruit cup stat,” said Hampton.  “This is a critical time in our history: we must bring this ugly chapter of food comas to a close.”

UPDATE:
Hampton has stepped down as chair of the 3N Joint Task Force amidst recent controversy that he was spotted cheating on the task force with McRibs and Doritos Locos Tacos.  Hampton has accepted full caloric responsibility.