WASHINGTON, DC – In a brilliant collaboration by the Drug Enforcement Agency (DEA) and nearly every medical professional organization in the United States, health care practitioners will now have the option to obtain either a standard DEA license or a modified DEA license in which they are able to write prescriptions for controlled substances except Dilaudid (hydromorphone). 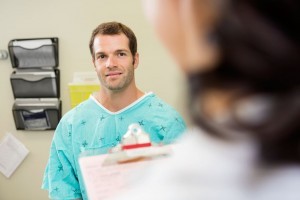 “This is a dream come true,” explained a relieved emergency medicine physician Jonathan Breathe-Easier.  “Now when patients demand Dilaudid, I can just say, ‘Too bad, I’m not licensed to prescribe it.  In fact, no one is.’  I love it!”

The DEA has enforced the Controlled Substances Act since 1970, but over the past several years has realized the battle against narcotics is a losing one despite numerous innovations: pain detectors, revised pain scales, cell phones, methadrone delivery, Dilaudid Nazis, the Surviving BS Campaign, and North Korea hacks to inactivate Pyxis access.

The modified DEA license gives health care practitioners a much needed out.  “A get the hell out, to be more precise,” commented ecstatic nurse Cy O’Relief.  “No one here in this hospital can prescribe Dilaudid.  Goodbye!”

“It wasn’t fair to burden our medical personnel with access to narcotics when they were desperately trying to not give them to drug seekers,” said DEA spokesperson Marc Law.  “That’s like telling a child, ‘No candy!’ when they can see the candy jar on the table.”

The Department of Justice (DOJ), who oversees the DEA, have said their website has been overwhelmed with a record amount of traffic, undoubtedly hundreds of thousands of health care practitioners eager to obtain the modified DEA license so they can practice medicine without worrying about dispensing Dilaudid ever, ever again.

“I can’t believe it!” exclaimed a hysterical hospitalist Erica Jubilee.  “I never thought I would live to see this day.  It’s a miracle!”

The DEA number typically consists of two letters and six numbers; the modified DEA license starts with the letters HN, which stand for Hell No.

According to sources close to and a little to the left of GomerBlog, drug seekers are signing out against medical advice (AMA) in record numbers, with hospital capacities across the nation dropping from “100% overwhelmed and burned out” to “Wow, I love being in healthcare again!”  Pseudoseizure admission rates and noise-catching emesis bucket utilization rates have both dropped to nearly 0%.  “That’s checkmate,” admitted one frequent flyer.  “Game, set, and match.”

However, Law says the war on narcotics isn’t won just yet.  He still has a few more tricks up his sneaky little sleeve.

“Next: modified DEA licenses where prescribers can’t write for any narcotics at all,” added Law.  “Then last but not least: a joint operation by our Navy SEALS and Army Green Berets to take out all narcotic stockpiles in this country.  That’s when it’ll truly be checkmate.”