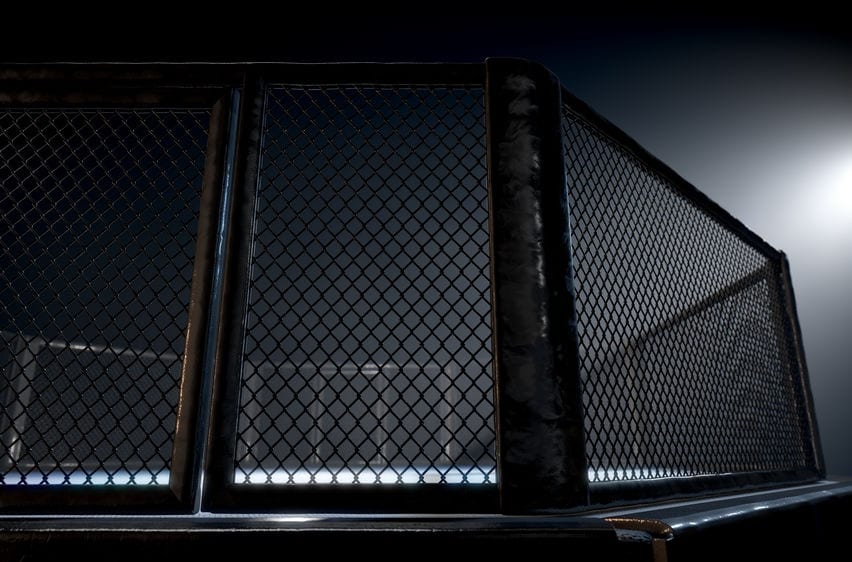 SANTA MONICA, CA – The world’s number one pound-for-pound female mixed martial arts (MMA) fighter and current reigning Ultimate Fighting Championship (UFC) Women’s Bantamweight Champion Ronda Rousey was recently hired by a local hospital in a desperate attempt to help its health care practitioners confront difficult patients and “reason with them” by any means possible, no holds barred.  And so far it is working out quite nicely.

“Ronda’s background training and skill in grappling, judo, and jiu-jitsu gives her all the necessarily tools needed to deal with the modern-day patient,” said family medicine physician and amateur wrestler Steven Lewis.  “Medicine is rarely about diagnosis and treatment any more.  It’s about demands, confrontations, knockouts, and submission holds.”

Rousey has made an immediate impact at the hospital.

“Drug seekers are fleeing in record numbers,” said ER physician and karate phenom Matthew Donaldson.  He goes through a quick warm-up routine before popping in a mouthguard and heading over to evaluate his next new patient.  “Ronda has literally been kicking ass right from the get-go.  Why didn’t we think of this sooner?!”

Rousey’s first confrontation involved a patient demanding 5 mg of IV Dilaudid every 5 minutes for his sniffles.  Two health care practitioners failed to reason with the patient before Rousey was given the nod.  Rousey visited the problematic patient on Unit 42 Bed 21 and advised him it was in his best interest to take back his request for pain medications “or else.”  The patient responded with two unfortunate and stupid words: “Make me.”

Within seconds, Rousey took the patient down with a leg sweep and had the foolish patient squealing as she secured her signature armbar.  The patient tapped out, reached for his wounded right arm, and said he would never ask for pain medication ever again.  He signed out against medical advice (AMA) with his nondominant left hand since his right arm was hanging limply by his side.  For her first clinical encounter, Rousey put on a true clinic.

Since Rousey’s first few confrontations were causing tremendous commotion with numerous spectators, hospital personnel decided it was best to give Rousey her own protected workspace: an octagon-shaped office with red mats and industrial-strength cage fencing to give Rousey and her difficult patients enough space to “work out their differences.”

“We love the octagon,” said elated hospitalist Maria Waters, who is considered one of the world’s top pound-for-pound hospitalists.  “Whenever a patient is being too difficult or too demanding, we walk them over to ‘Ronda’s house’ and she always takes care of things.  Takes no more than 20, 30 seconds tops.”  After twelve confrontations, Rousey remains undefeated.

“The patients’ incessant screams for mercy do get distracting when Ronda’s involved,” explained nurse and Brazilian jiu-jitsu purple belt Mary Stevens.  “I can’t completely focus on my submission discharge maneuvers.  Unlike Ronda, some of us aren’t so dominant.”