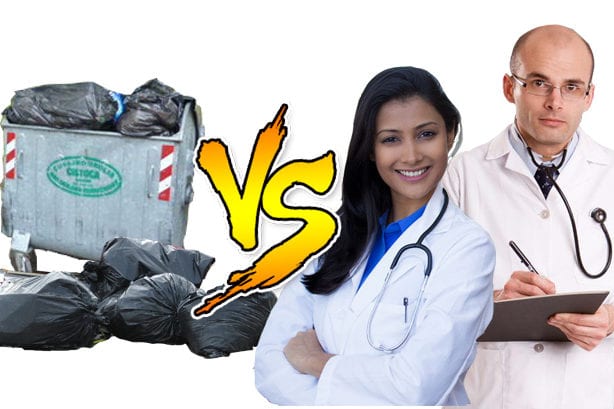 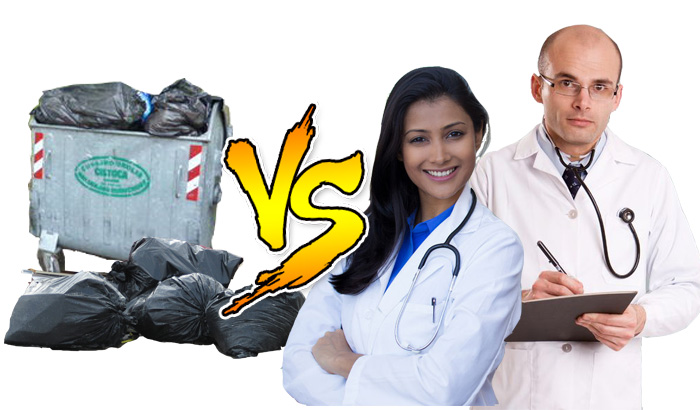 Today we explore a new set of entities that often get mistaken for one another: a garbage dump and a medicine service.  Let’s begin!!!

Anyone – man, woman, adult, and child – can throw garbage into a garbage dump.  Anyone – cardiology, radiology, dermatology, and surgery – can throw patients onto a medicine service: you don’t even need to have any medical problems.

A garbage dump is full of crap.  A medicine service is tired of crap.

Now, do you know the difference between…
… a medical student and a deer in headlights?
… arthropods & orthopods?
… medical students & residents?
… RICE & rice?
… white clouds & black clouds?