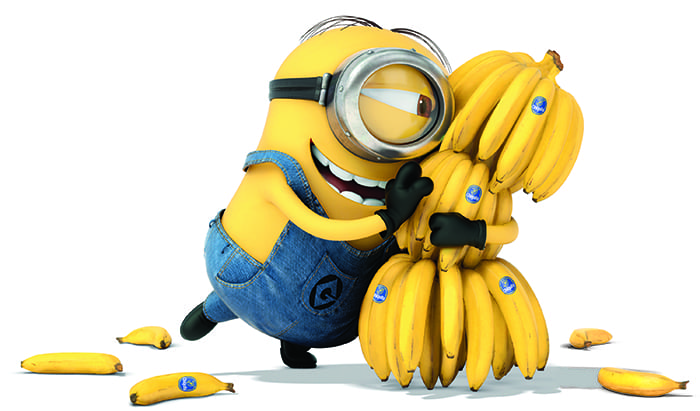 Emergency departments across the country have been seeing an alarming trend of rising rates of pediatric hyperkalemia since summer of last year.  Hyperkalemia, which means increased potassium in the body, can cause serious health issues if left untreated.  After careful research, physicians have found a possible explanation for these rising potassium levels.

A retrospective cohort study of these pediatric patients has revealed that approximately 75% of children admitted for hyperkalemia had also viewed the movie Minions one or more times in the past 6 months.  Seemingly cute and harmless, these animated yellow minions have an unusual obsession with bananas, a fruit that is known for its high potassium content.

Researchers have hypothesized it is possible that subliminal messaging is causing an increase in the average child’s banana intake, thus leading to more cases of hyperkalemia.  We’ve always known that children can be negatively influenced by things like violence in the media,” said child psychiatrist Dr. Joseph Emerson.  “However, it’s a real paradigm shift to realize that one-eyed yellow jelly beans wearing overalls can impact childhood eating behaviors.”

Pediatrician Dr. Nicolette Archor is also urging parents to take the results of this study seriously.  “High potassium from too many bananas is no laughing matter.  I would urge parents to limit the number of screenings of the minion movie, and avoid purchasing minion shirts and other merchandise for their children until this situation is better understood.”

Concerned parents and physicians are encouraged to petition the film’s creators to change the minions’ food of choice from bananas to something less harmful like apples or brussels sprouts.  Finally, in an effort to put a stop to this possibly minion-induced hyperkalemia, pediatric hospitals will no longer be distributing minion-themed Band-Aids or banana flavored popsicles.