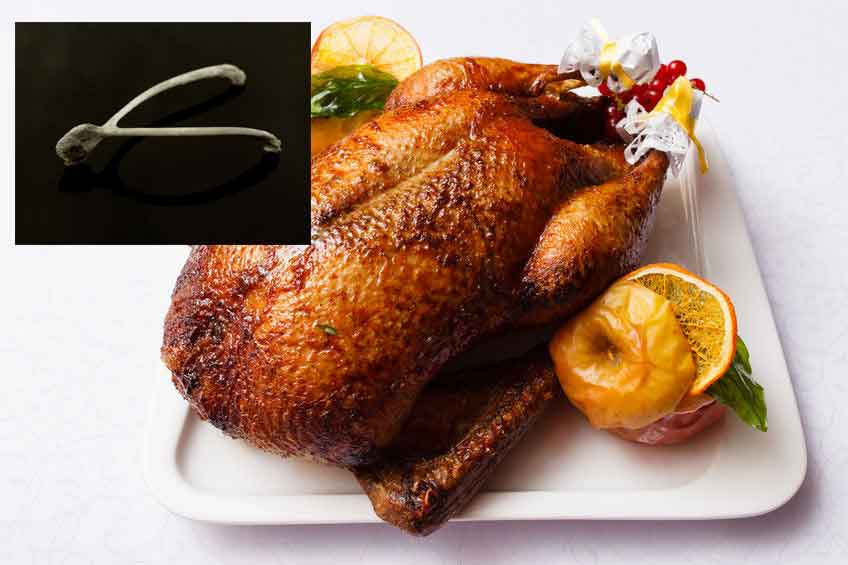 NASHVILLE, TN – Orthopedic surgeon Brock Hammersley was consulted last night after the wishbone of an 18-lb. turkey was shattered by two members of the James family during Thanksgiving dinner.

“This makes me so angry,” said Hammersley, clearly livid but exercising restraint.  “Just because it’s a custom performed for centuries doesn’t mean it’s right.  It’s never right for any two people to willingly break a bone.  Unless it’s two orthopods disarticulating a joint, then that’s okay.”  When Gomerblog asked why he was so upset considering he repairs the bones of human beings for a living, Hammersley replied, “I’m passionate about bones.  Humans, birds, doesn’t matter.  A bone’s a bone.”

The wishbone, also known as the furcula for forked bone, is between the neck and breast of a bird such as a turkey.  According to the Thanksgiving Day tradition, each end of the wishbone is held by two people, broken, and the person in possession of the longer portion is entitled to make a wish.  Hunter James was the lucky family member who got to make a wish.

“I hope Hunter made a wish for me to not break any of his bones,” muttered Hammersley, still fuming over the trauma.  He caresses the turkey’s leftovers.  “Poor fella.  It’s bad enough that you killed the turkey in the first place, but this?!  This?!  It’s just so cruel.  How would you feel if I broke your femur and made a wish?!”

Though the turkey is dead and smothered in gravy, as Hammersley described, he asked that it be kept NPO in case they are able to go to the OR tomorrow for operative repair.  Not taking any chances, Hammersley has consulted the on-call hospitalist for medical management of the turkey’s gravy, stuffing, and cranberry sauce.

Hammersley gathered himself before his ears perked up, picking up something in the distance.  “Shhh… I think I hear another family breaking a wishbone in the distance,” whispered Hammersley.  He sighs.  “I hate Thanksgiving.”