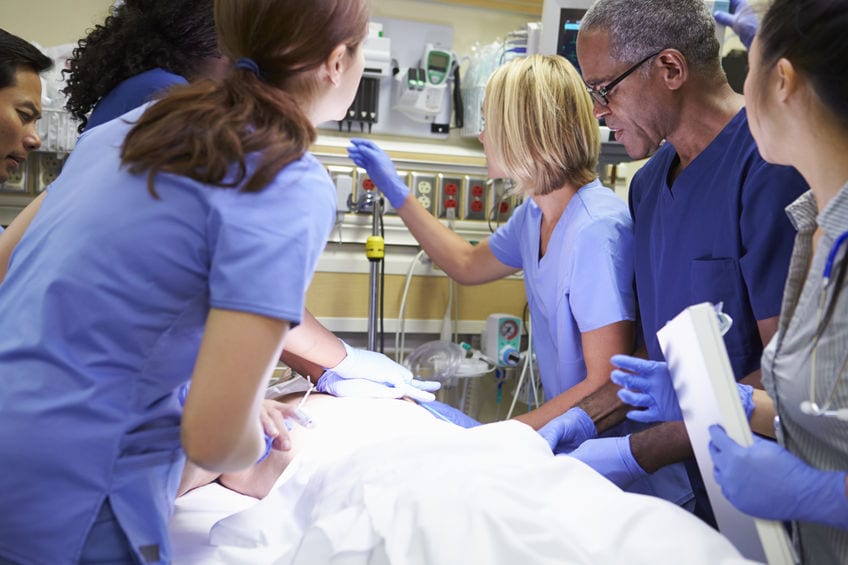 JACKSONVILLE, FL – A code team at Jacksonville Medical Center (JMC) is under investigation after an ill-timed Mannequin Challenge during a cardiac arrest went viral but left a patient in critical condition.

At approximately 10:52 PM last night, a Code Blue was called overhead and a code team led by resident Melanie Townsend commenced life-saving treatment, including chest compressions and the administration of epinephrine.  At one critical moment, Townsend locked eyes with every medical professional in the room; this was their chance.

“Instead of ‘Hold compressions!’ she said ‘Hold still!’ and one of the RTs instinctively started filming,” explained charge nurse Ricky Ferguson.  “It was the heat of the moment.  This is what we’ve trained for.”

The footage starts with an RT frozen in action not squeezing an Ambu bag before catching an intern mid-chest compression.  There is a close up of a nurse about to obtain vital IV access.  It sweeps to the pharmacist drawing up some bicarbonate, while another nurse charts.  Behind the nurse, one med student sucks his thumb while another looks away in horror.  A physician assistant is the phone, trying to reach family.  Physical and occupational therapists are peaking in, seeing what all the fuss is about.  The video leaves the room and shoots committed health care practitioners throughout the hospital, even catching frozen UberGURNEY drivers and nurses in beautiful ballroom contact precaution gowns.  The camera eventually returns to the code where a hospital administrator is about to hand out patient satisfaction surveys.

Shortly after the Mannequin Challenge, the CPR post went viral and the patient was resuscitated, in that order respectively.