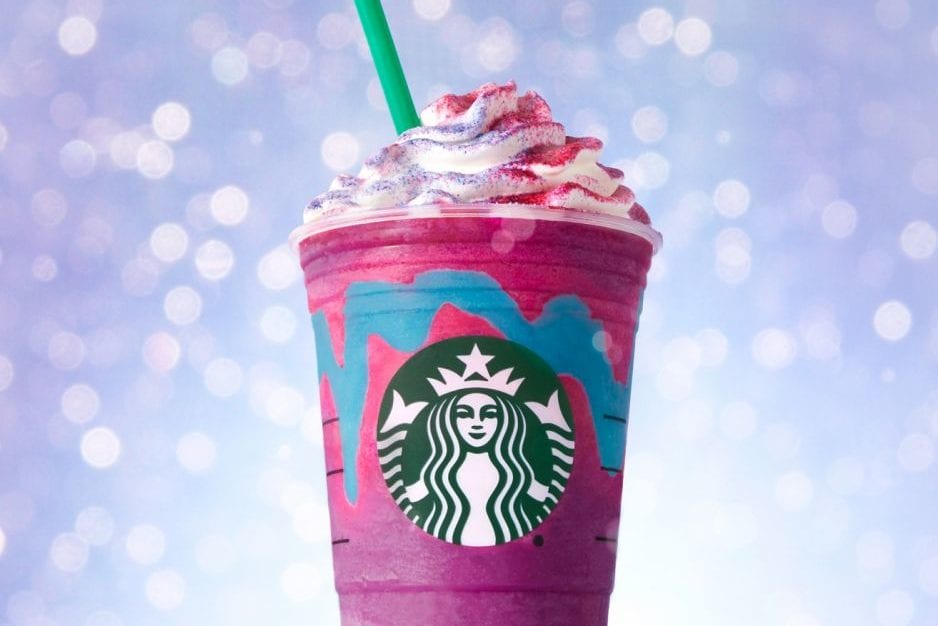 SEATTLE, WA – Starbucks’ new limited-edition Starbucks Unicorn Frappuccino, available only from April 19 to April 23, is a fun, colorful, and magical way to give a brand new demographic of coffee drinkers – children and teenagers – something they have always wanted: diabetes.

“As you sip, it changes not just color and flavor, but also blood sugars and insulin resistance,” said Starbucks President and CEO Kevin Johnson.  “If you ask me, that’s just as magical as a unicorn.”  Johnson wants to help carry the food industry’s torch of disguising obviously unhealthy options behind novelty and bright colors.  “Over these 4 days, we hope to put 90% of Americans into DKA.  U.S.A., U.S.A., U.S.A.!”

The Unicorn Frappuccino contains over 400 calories and 59 grams of sugar, which is more than adequate to tip a diagnosis of pre-diabetes into full-fledged diabetic coma.  If you want your child, who probably already is a handful after one or two cookies, to have the mother of all sugar crashes, then go ahead and give the new Starbucks product a whirl, see how that works out for you.

Unicorn Frappuccinos do not come with insulin.

Health care professionals are recommending against the Unicorn Frappuccino unless, as one endocrinologist put it, “you really want to experience the joy of diabetes complications or see what it’s like to be on an insulin drip.  Just ask the Cookie Monster.”  Starbucks baristas are also imploring customers not to order the ghastly sugar bomb.  Not only are they difficult to make, but they are a “sin against everything that is holy about coffee.”  No Starbucks baristas have yet to take their own lives over the making of these monstrosities.

In other news, many “farm-to-table” and “organic” food proponents are saddened that the drink is not made with real unicorns.  PETA (People for the Ethical Treatment of Animals) took issue with this comment until they realized unicorns are not real.  They have, however, preemptively formed PETMC or People for the Ethical Treatment of Mythological Creatures.