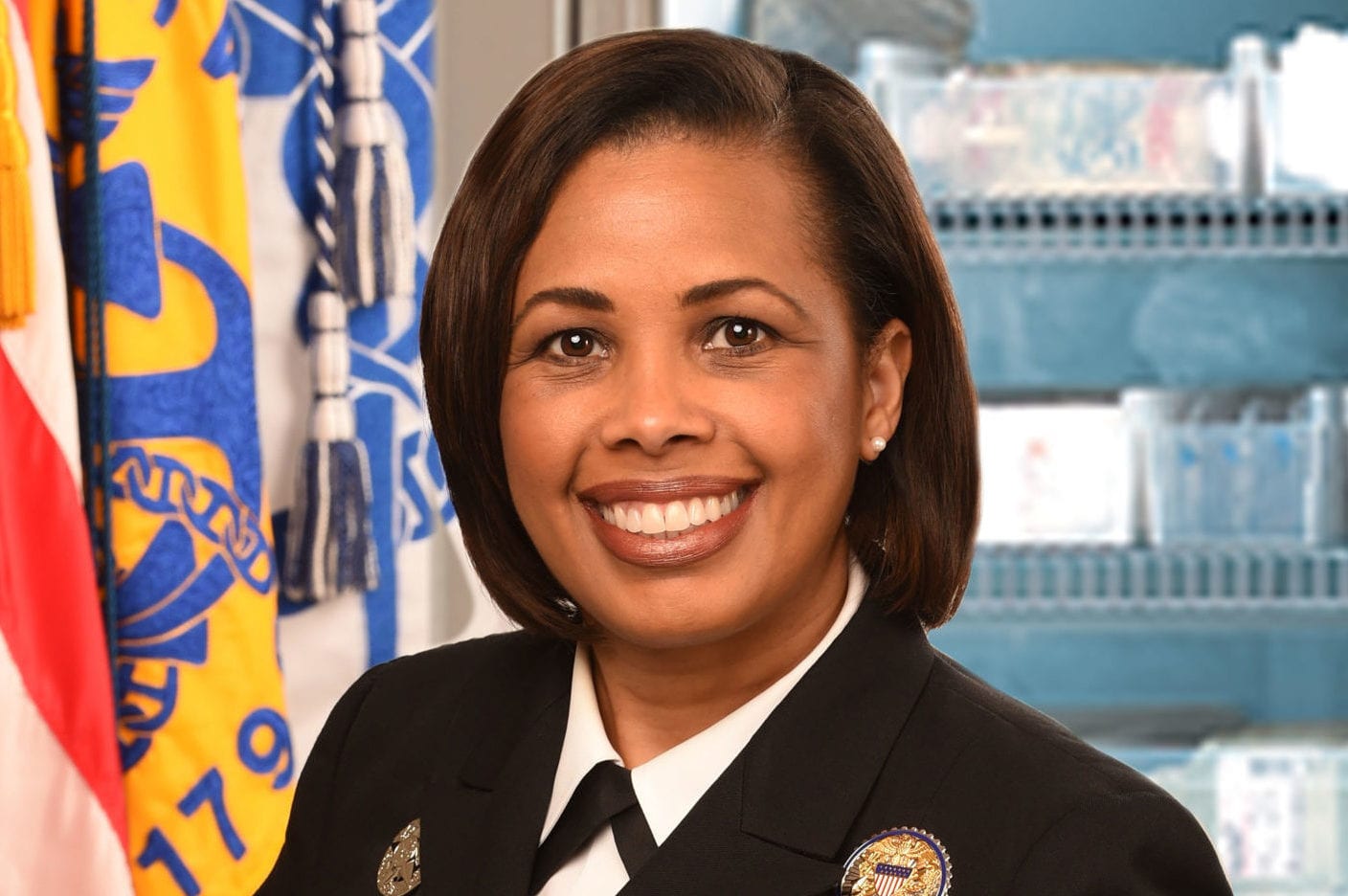 WASHINGTON, DC – Only months into her federal role, former nurse and Acting Surgeon General Sylvia Trent-Adams has already confided to Gomerblog about her intense distaste working with the current Pyxis Surgeon General.

“God, this thing was useless on the floors, let alone here hogging up all this space in the office,” a seething Trent-Adams said, hoping to find a sledgehammer to show the Pyxis Surgeon General a thing or two about who is boss.  “He even photobombed my official Surgeon General portrait.  Who does that?”

Trent-Adams says the Pyxis is not dissimilar to the Independence Day Pyxis, that the ability to dispense American flags and flair should prove useful.  However, Trent-Adams is really peeved that the fingerprint scanner hasn’t been working all this time, so she can’t access the flags, flair, or more importantly her other pairs of her Surgeon General uniform.  In fact, she’s been wearing the same outfit for months.

“I hate this damn thing,” Trent-Adams said with a tinge of defeat in her voice, staring at newly cleaned outfits stored and visible through the glass door.  “Two months, I haven’t succeeded once opening any of these doors and drawers.  I was hoping to withdraw some Narcan to address our nation’s opioid epidemic, but that was a huge fail.”  She kicks the Pyxis Surgeon General in the bottom drawers.  “Thanks a bunch.  You piece of sh*t.”

Trent-Adams popped some Advil and hopes to get back to addressing the nation’s issues, but admits it’s going to be a long four-year term.  “I haven’t even met the Omnicell Surgeon General or the EMR Surgeon General,” she told us with dread.  “Seriously, has anyone found me a sledgehammer yet?”