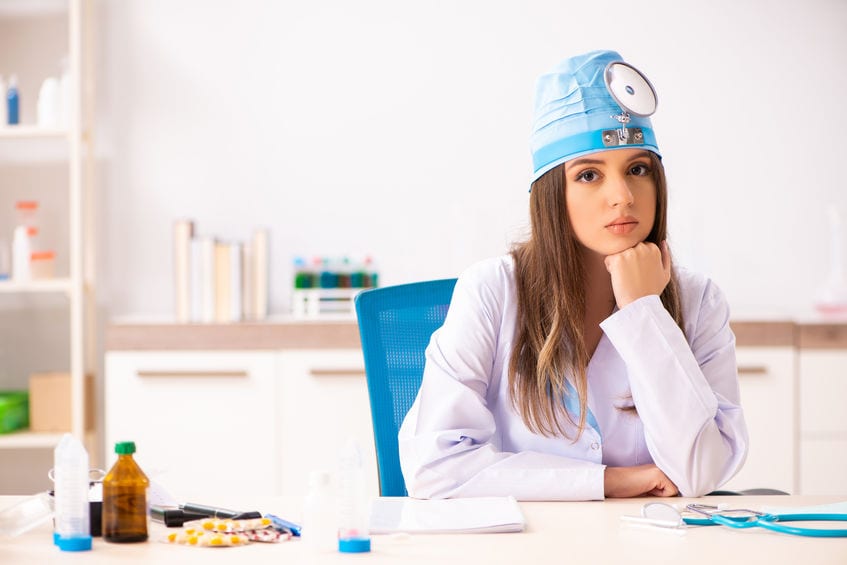 WASHINGTON, D.C. – How can you tell if your OB/GYN is cool? Well, the coolest OB/GYNs perform pelvic examinations with the use of head mirrors, this according to an official report from the American College of Obstetricians and Gynecologists (ACOG).

Other than the stethoscope, the head mirror is the medical instrument most often affiliated with doctors, particularly in cartoons and caricatures, though its use in modern medicine has steadily declined, at least among general practitioners.

“It takes considerable skill to perform an appropriate pelvic exam and it takes considerable skill to master the head mirror,” explained gynecologist Dr. Sharin Wagner, who makes it a point to teach others how to use a head mirror with female patients in stirrups. “We tell our medical students and residents that if they can do both, then there isn’t anything they can’t handle. We even push them to the extreme by asking them to put a penlight in their mouth and use that to illuminate the vagina.”

The head mirror is traditionally associated with otolaryngologists, as the device was used primarily to better indirectly illuminate the ears, nose, and throat. The concave mirror has a central hole through which the physician can see. A headband means it is easy to wear. And unlike fiberoptic headlights, a head mirror is portable and stylish. As a result, in the past few years OB/GYNs have asked the question, why can’t head mirrors be used to illuminate other human cavities like the vagina?