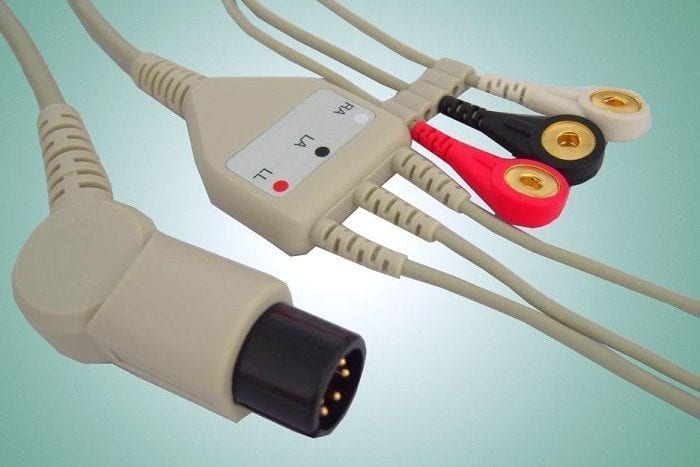 Ms. Jacobs and her scrub puppies were transferred after working as an ER EKG tech for 2 years.  Upon review, all of her male patients had sinus tachycardia or ST changes on her EKGs.

“Too much metoprolol was given out.  Not to mention the risk she posed,” Dr. Chalmers, an administrator, stated and he was referring to the increased cardiac risk.

Initially hospital administrators were blinded by Candi’s curvy curse.  When she was questioned about how she was placing the leads, setting up the machine, and many other possible technical errors, none were found.  Or at least that is what the all male committee concluded.

“I have never seen a better EKG tech, in fact I may have to watch her several more times to pick up on some new tricks myself,” an anonymous committee member stated.  Doctors and the administration were baffled.

“I don’t understand why they transferred her,” cardiologist Dr. John McDermitt told reporters.  “She was so nice.  I wonder if I can have her work with our echo tech, or any position in our department?”

Team member Christina Hatrup found the source.  “I reviewed every MI we had in the last 2 years.  There seemed to be a common thread.”  It turned out those patients’ troponins spiked only after they had an EKG, and on days when Candi was at work.  “I’m so surprised none of the guys found this.  It was so obvious.  Just needed a woman’s touch.”

Some frequent flyers are complaining about the change.  “I came to THIS particular hospital with chest pain because they have the best staff.  What gives?” Jared Flemming, a 52-year-old male who typically comes in with chest pain, receives 2-3 EKGs and then gets sent home.  “I don’t think they know what they are doing around here anymore,” he said referring to the recent reassignment.  “I blame Obamacare.”

Candi told reporters, “I understand why, and I won’t sue, it’s just disappointing.  I never thought I was a danger to patients.  On a positive note, life on the labor floor will be rewarding.  Oh yeah, and once Maxim magazine found out my breasts were causing heart attacks, they offered me a front page picture on their next magazine!”