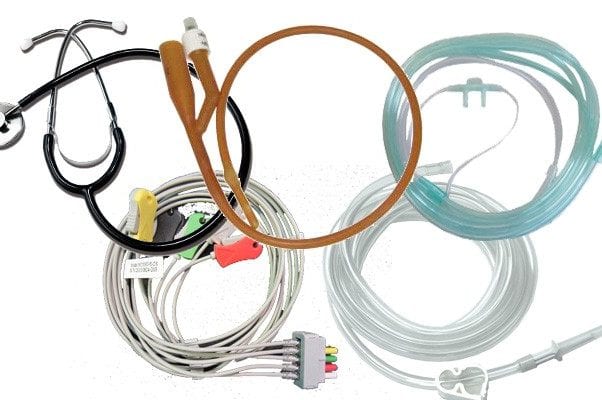 CHICAGO, IL – The host hospital of this year’s Nurse Olympics, Chicago General, is now recovering after all the fanfare.  Nurses came from all over the U.S. and parts of Canada to compete in the 13th annual Nursing Olympics.

“I’m just excited to be part of this historic event,” said silver medalist winner Joan Hendricks.  “It’s an honor competing against the best and I hope I can make it back next year!”

In the IV Start, Shannon Maddox took home the gold by placing an IV on a dialysis patient that has been undergoing chemo for the past 3 years.  “The most difficult of difficult of IV sticks.  I just went in there, gave it a 110%, and took home the gold.  This is for you, mom!”  Shannon also won gold in the Wiggly Crying Pediatric IV event.

The Golden Foley was awarded to 24-year veteran Jane Awsgood.  “It’s always a pleasure to see Jane place a Foley,” said colleague and coach Tina Berth.  “She’s the best, and can place a Foley on a man with a basketball-sized prostate.  Heck, urology has called her to place difficult ones.  This wasn’t even a contest.”

Ken Swanson, an ICU nurse from Florida, won a gold in Wiping the Demented Patient.  He was able to completely clean the patient’s bottom in 31.2 seconds.  At first he thought it was a silver, but the first place finisher was disqualified when some residual poo was found in the base of the crack.

Three-time Sterile Gown winner Jamie Mathers won again with an absolute blowout of the competition.  “I practically live on C. diff alley and sometimes I have 4, 5,  or even 6 patients.  We are under-staffed and I have to put these gowns on fast, properly, and then dispose of them,” she boasted with 21 seconds separating her and the 2nd-place finisher.  “I hope next year they make us wash our hands because these boys and girls don’t even know how much longer that can add to your time if you are out of practice.”

No competition can be without controversy however: In the How Much Work Can a Night-Shift Nurse Leave for the Day Shift, the results clearly rested in the hands of the judges.  Northeast regional champion Jennifer Shoemaker was awarded a 3/10 by one judge without a proper explanation.  “I don’t know where they [the judges] work, but the amount of work I left would clearly cut into dayshifts’ Facebook time and bathroom breaks.”  She continued in a frustrated rage, “Ask any of the day-shift nurses back home about me, urgh…”

The always crowd-pleasing Gophering was a huge success this year when 30 of the world’s fastest CNAs and Nurses frantically went to the galley and back to a room 60 yards away delivering crackers, juice, pillows, warm blankets (that would be rejected because they were too warm), and of course medications that had to be drawn from a Pyxis using the safety belt in the appropriate fashion.

Other new events this year: The Bed Sore Polka consisted of the month-long exercise of keeping an intubated patient from obtaining bed sores, and DNR/DNI or the art of having competitors attempting to convince family members of a 90-year-old terminally ill patient to sign DNR/DNI orders.  Points were awarded for style and speed.

The main event: Charting.  Hospital administrators would comb through the competitors’ charts and without having any medical training whatsoever would find errors and declare a winner.  Former hospital administrator-turned-nurse Geoff Flowers won it this year.

The 13th annual games finished with everyone’s favorite event: How Long Can You Go Without Going to the Bathroom?  Times were superhuman this year with an upset of 12-year experienced ER nurse, Shannon Wilson, by new pee-holding prodigy Kennedy Andrews.  She held her urine in for over 36 hours as if her body was recycling it.  “I’ve trained very hard, not just at work but outside the hospital too.  My training routine consisted of going to Niagara Falls and drinking coffee by the gallons until I was practically seizing.  I’d spend a half day there just hearing water running non-stop, then I’d get in my car and drive on the bumpiest dirt road I could find.  The hard work I put in sure paid off.”