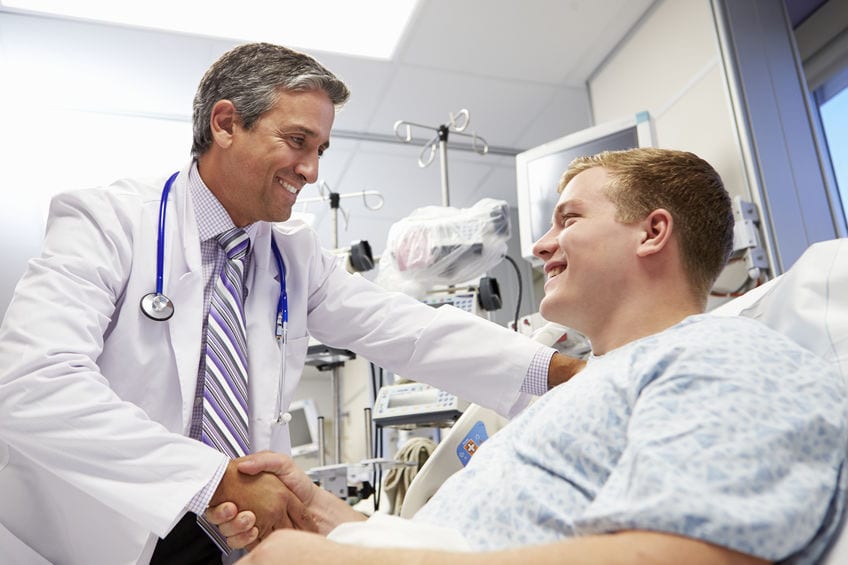 DENVER, CO – Jason Jerry, age 25, of Colorado sat in his oncologist’s office today and received perceivably the best news he could imagine.  His diagnosis is terminal and doctors say he has less than 2 months to live.

“This is the best day of my life,” stated Jerry who spent the last few nights mourning over the election results.  “Not only do I still have amazing care at GMC [Google Medical Center], I also have less than 2 months to live.  This means I won’t have to endure one moment with the new president elect in office, not one!”

GomerBlog caught up with Dr. Joseph Payne, Jerry’s oncologist, who was still baffled.

“Typically patients cry when they hear this kind of news, especially so young, but Jerry jumped off his chair and gave me a big hug,” Payne explained.  “It was a surreal moment.  At first I didn’t think he heard me correctly, so I stated again that even with treatment he would not make it past January 19.  Again, Jerry hugged me so tightly and kept yelling thank you in my ear.”

Jerry told GomerBlog he is betting that Payne is right with his diagnosis, when asked what if his prognosis turns for the best.  Jerry’s response, “Well, there is always Proposition 106.”

RN, MD Confused After Patient Requests Pain Med That Begins with an E