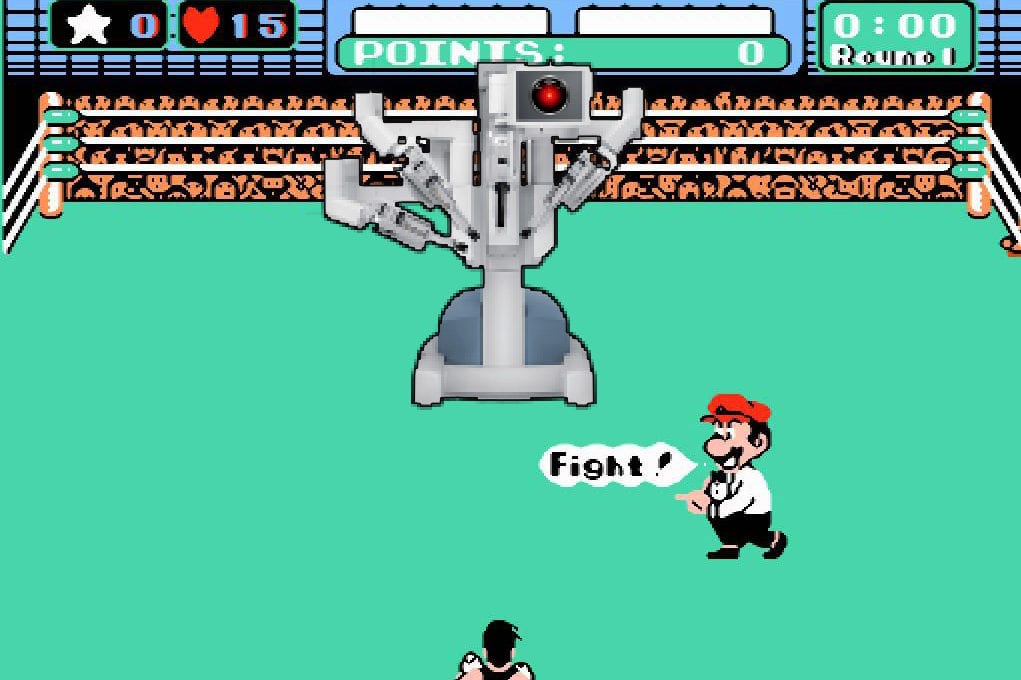 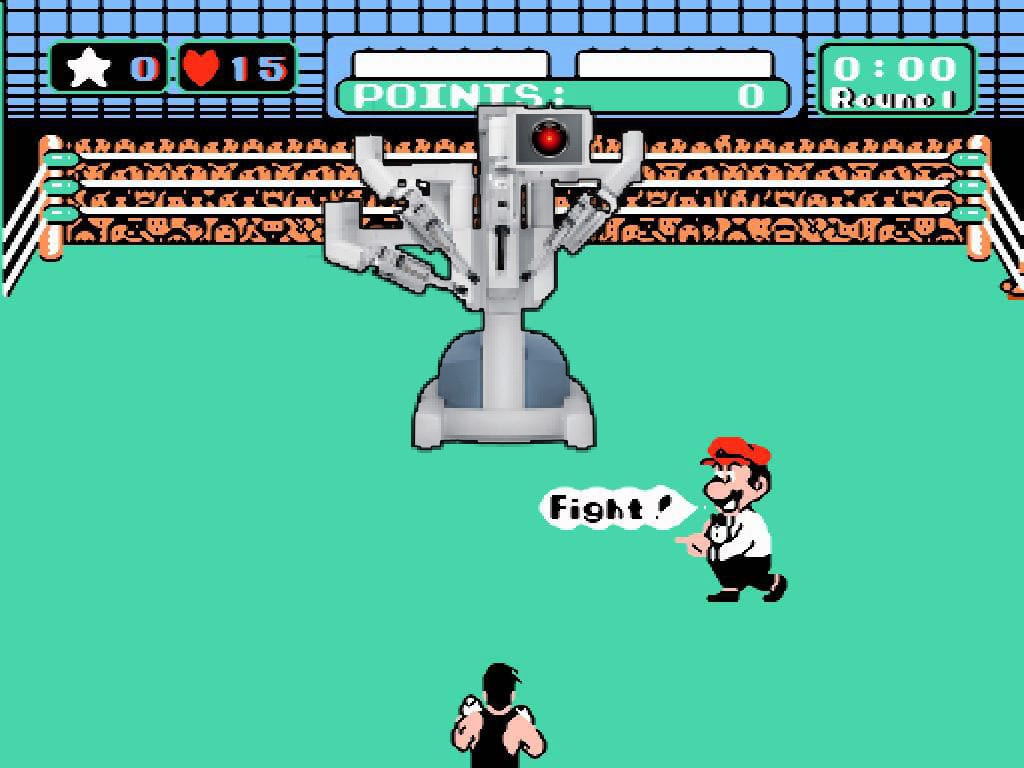 Cons / The final boxing match against Da Vinci can take as long as 8 hours.

The One Liner / Da Vinci’s Punch-Out!! is a must-own game for fans of the Punch-Out!! franchise and easily catapults to No. 1 as this year’s best video game.

Little Mac is back, albeit a little older.  Now with a nursing degree, “Nurse” Little Mac rekindles his first love for boxing, now with a special twist: rather than fighting the likes of Glass Joe and Piston Honda, Little Mac takes on a cast of medical foes.  And yes, “Doc” Louis is back in his corner, not letting a recent heart attack slow him down, and so is Super Mario as referee.

Video games have certainly changed in the past quarter century, with some more realistic than ever and others evolving into a form of high art.  Da Vinci’s Punch-Out!! is a reaction to this movement with its return to 8-bit simplicity.

Little Mac first encounters the twin terrors, the Pyxis and Omnicell, clumsy medication-dispensing devices that try to defeat “Nurse” Little Mac by not recognizing his fingerprint or ID code.  Punch both in the main menu and lower drawers to take them down.

Next marks the return of Bald Bull.  The past thirty years has seen him acquire a pannus and OxyContin addiction, leading him to become a painful frequent flier to “Nurse” Little Mac.  Just like the Bald Bull of old, he’ll charge at you but this time with a different purpose: a request for IV Dilaudid with IV Benadryl and he won’t take no for an answer.

We don’t want to spoil the fun, but a few other characters will be sure to make you laugh: Mark the IT Guy, Pharmacy, Christian Blacksuit the Hospital Administrator, and Patty the Patient Satisfaction Survey.

And of course, there’s the final opponent: Da Vinci.

Unlike Mike Tyson who can knock you out with a single punch, Da Vinci will try to lull you to sleep over a minimum of eight hours.  Word of advice: When you duck from Da Vinci, duck slowly because all of his punches are carried out with painfully slow precision.  It might in fact be the longest boss fight in the history of video games.  But you’ll definitely spend every minute of those long, long hours trying to kick its useless, metal ass!  Because honestly, who doesn’t?!